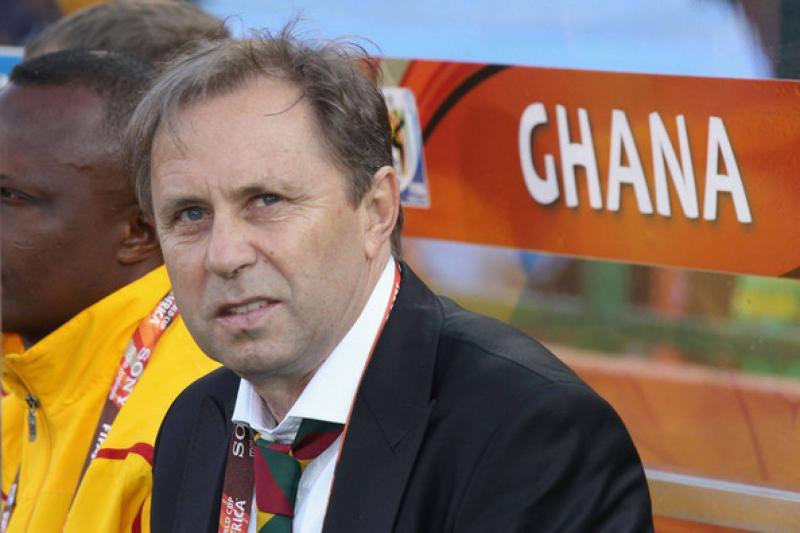 Information gathered by NKONKONSA.com reveals the Ghana Black Stars coach Milovan Rajevac has been sacked. This follows the poor performance of the Ghanaian team in the ongoing AFCON 2022 as they couldn’t even go past the group stages of the competition.

After Ghana’s loss to Comoros, the Ministry of Youth and Sports had an emergency meeting with the GFA(Ghana Football Association) asking them to reconstitute the Black Stars Management team. They also asked the FA to review the work and capacity of the Black Stars technical team led by coach Milovan Rajevac.

According to Joy Sports, the GFA at the meeting was hesitant about axing the Serbian particularly because of the severance fee the country is liable to pay – an estimated minimum of $270,000 which could rise to $370,000 if a sign-on fee is included.

Before the meeting, the Sports Ministry expressed its disappointment in the senior national soccer team for its abysmal performance at the ongoing AFCON tournament in Cameroon.
The Black Stars failed to advance from the group stage in the tournament after losing to Comoros in its final game in Group C.

The team exited the tournament with a point. They also lost to Morocco in their opening game and drew with Gabon in their subsequent game.
A statement from the Ghana Football Association announcing Milovan’s removal is expected soon.

Following this, the GFA(Ghana Football Association) had no option other than to lay Coach Milovan Rajevac off his duties.