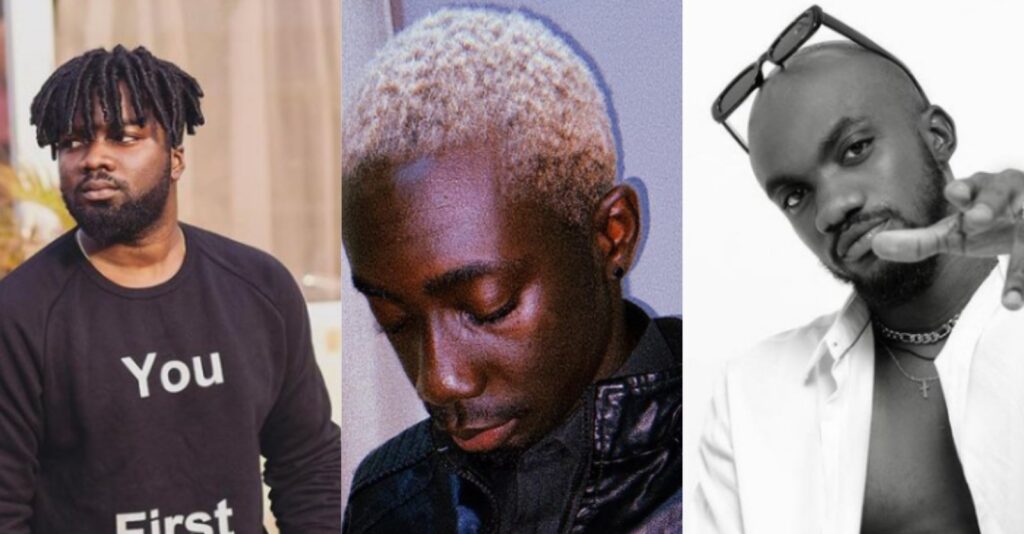 Afro pop singer Bosom PYung, has been hurted by some action of Lord Paper, which he extended to Mr. Drew.

Pyung extended his anger to Mr. Drew because he was also hyping the song. Yesterday Bosom made a video complaining about some artists deleting who have been his verses because he is no more trending and also not releasing new songs.

Apparentl, Bosom PYung was referring to Lord Paper, who had taken his verse off his latest tune, Skin Pain. after Mr. Drew retweeted on the song, saying ‘Big Tune’, Bosom PYung also replied asking Mr. Drew if he would be happy if that is done to him and ended it with ‘Your head like Pear’

bossom pyungmr drew and lord paper
Previous Article”TAKE MY HEART OUT OF MY CHEST, IT YOURS” -Daniel Williams To GyakieNext ArticleABENA MOET RECEIVES AYISHA MODI’S FIRE AFTER REVE@LING SHE HASN’T HONORED HER PROMISE TO YAW SARPONG