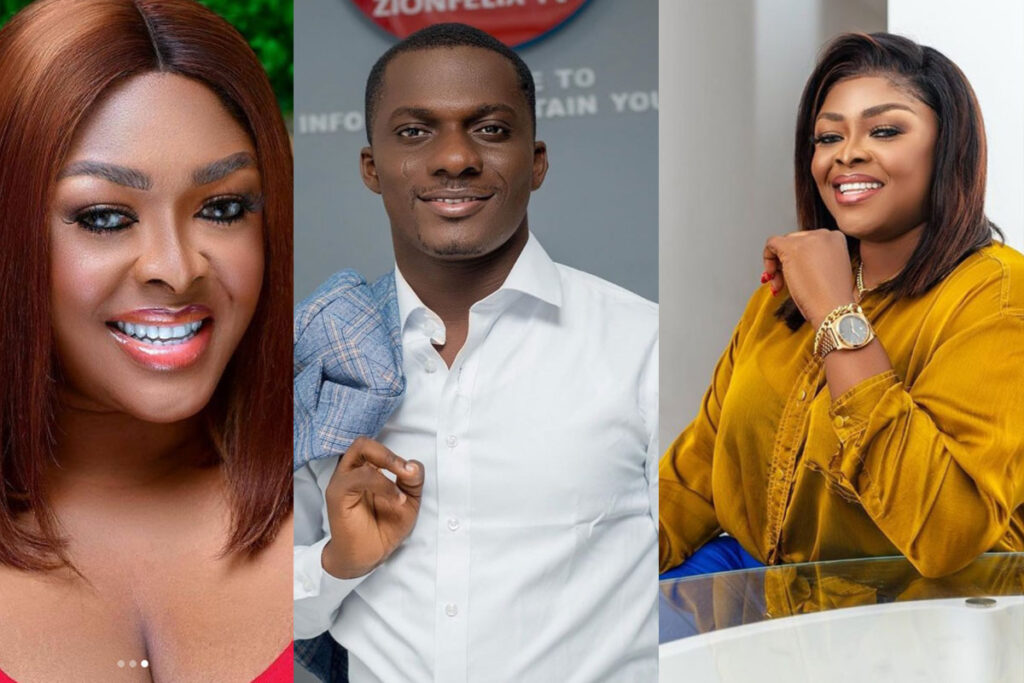 Seasoned Ghanaian blogger, brand influencer and on-air-personality, Zion Felix has penned a heartfelt message to his girlfriend, Minalyn on her birthday.

Minalyn turn a year older today and celebrating her birthday, Zion Felix who was involved in a cheating scandal recently took to his Instagram page and poured his heart out as he apologizes to her for the hurt and pain he has caused her in the past few weeks.

You would recall that reports emerged that Zionfelix had ditched Minalyn to marry a Ghanaian gospel musician based in South Africa after a viral video of him engaging her in the presence of some family members surfaced online.

However,  in his IG post, the young CEO urged Minalyn to be strong despite the lies that has been peddled about her on social media and beyond as he is hopeful things will take a good turn soon for them.

Sharing some good moments he had with Minalyn on his page, he wrote;

Today is world @minalyntouch day
Yaa, wabr3 ooo but don’t worry wate because God is still not asleep
So many lies have been said about you in the past days but be strong because there’s always a light at the end of the tunnel.
As usual, omo b3y3 okay
Happy birthday to you mon babe ❤️
NOTE: They will come take this post and write their own versions out of it to suit what they want to say but it’s allowed 🤪 zionfelix minalyn
Previous Article“SHE’S THE PRETTIEST YOUNG LADY IN GHANA” – Ghanaians React As Mahama Celebrates Daughter’s 18th BirthdayNext Article“I HAVE BEEN RENTING FOR THE PAST 8 YEARS, I CRY WHENEVER I AM ALONE IN MY ROOM” – Retired Footballer, Odartey Lamptey Breaks Down