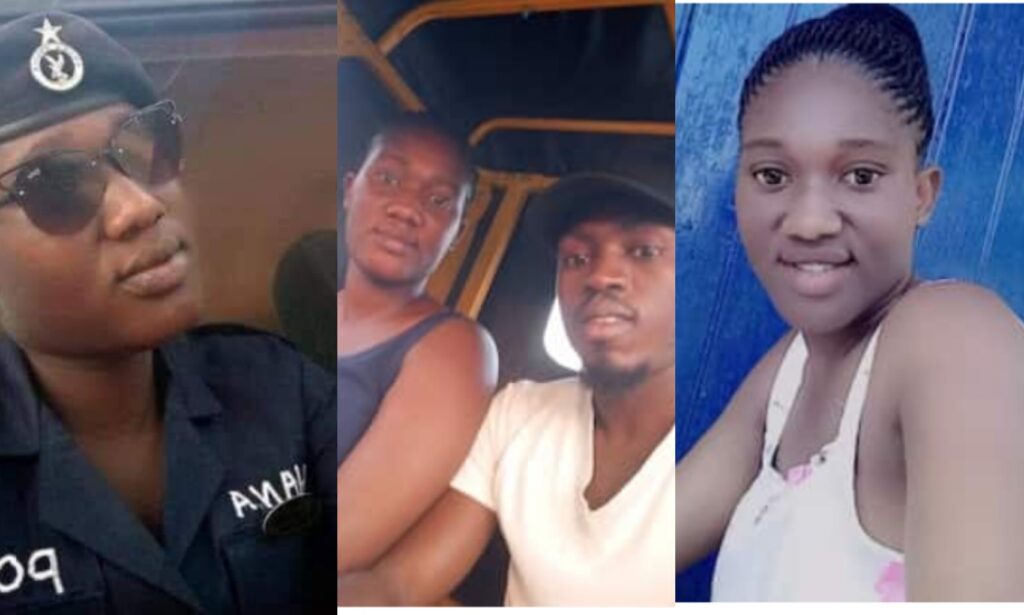 According to a report by 3news, the female police constable in Damango, Savannah Region, who was murdered was slain by her boyfriend.

He is reported to have left a note on the wall with the inscription ‘We Love together, we die together’, and this revelation was made by the PRO for the Savannah Regional Police, Inspector Agyekum Owusu on 3FM’s ‘Sunrise’ morning show.

“When we entered the room we saw an inscription written on the wall with the blood of the lady that we love together and we will die together.”

“Secondly that Sunday evening, the boyfriend told other tenants in the house that he is travelling with the lady to Kumasi and that the lady has gone to town to buy certain items and he is following suit”.

According to Savannah police, a series of events have led to the boyfriend being named as a prime suspect in this case.

“So, if Monday morning we see this heinous crime being committed, we cannot suspect anybody other than the boyfriend.

“Another clue is that the person who killed the lady tried hanging himself, unfortunately; the ceiling fan detached from the ceiling so all these elements go to show it was the boyfriend who committed the crime,” revealed.

According to the police report, the murderer locked the door to the room after committing the crime.

Other tenants, mostly student nurses, were not present. Inspector Agyekum Owusu, on the other hand, stated that one other tenant who was around the house witnessed the boyfriend’s unusual behaviour but did not expect the man to murder the girlfriend.

“The only tenant who was in the house suspected something: the guy would come out and look around and enter the room. Anytime he comes out he will lock the trap door so she suspects something”.

slain policewoman
Previous ArticleHE WAS A FARMER BEFORE HE BECAME A PASTOR’ – Man Who Claims To Be The Son Of Dr. Mensa Otabil AllegesNext Article‘I’M SORRY’- SARKODIE APOLOGIZES TO NANA AKUFO ADDO OVER HARSH TWEET