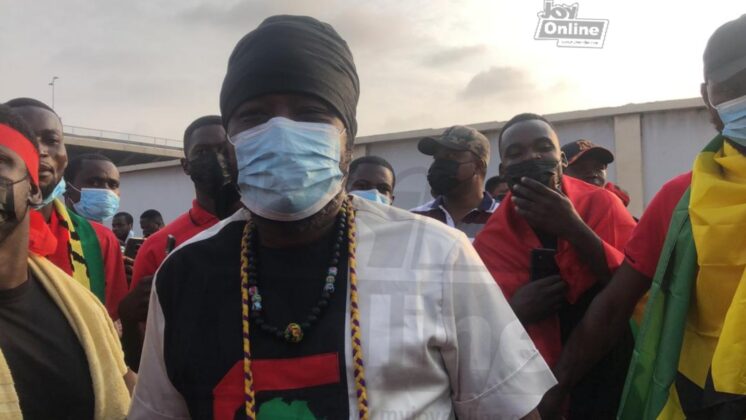 Aggrieved Ghanaians who are not happy with the state of the economy and how the country is being run stormed the streets of Accra in a demonstration themed ‘Fix The Country’.

The demonstration was for Ghanaians to register their concerns and problems they are facing in the country which includes, unemployment, poor infrastructure and high cost of living.

Among the demonstrators who was spotted crying out to government, was controversial activist and radio presenter, Blakk Rasta.

Blakk Rasta who spoke to the media castigated the Akufo Addo led government for not being representative enough of its people and pointed out that it has become very necessary for the world to know the ordeal Ghanaians are going through as a result of bad governance.

Blakk Rasta
Previous ArticleI’M HAPPY YOU HAVE STARTED,WE WILL DRAG OURSELVES INTO THE MUD’ – Xandy Kamel Throws ShadesNext ArticleMAY YOUR SOUL RISE AND COME AND RESCUE US – Captain Smart Offers Libation To Dr Kwame Nkrumah At #FixTheCountry Demo [VIDEO]