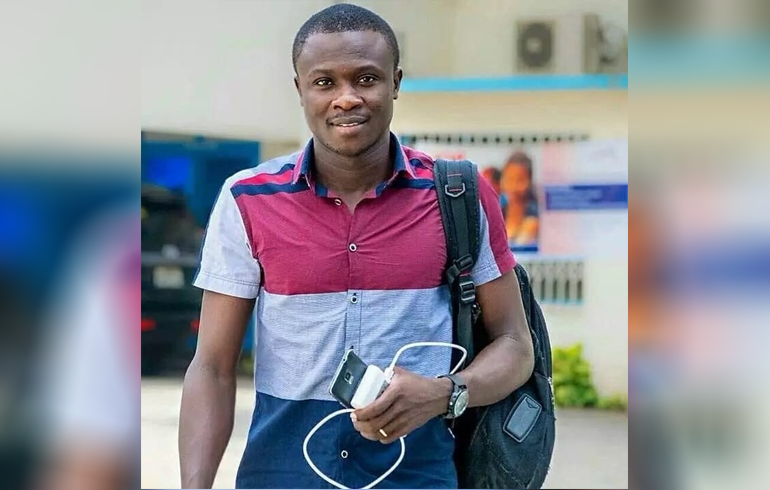 Ghanaian Sports Journalist, Saddick Adams has put the sports business on hold to delve into entertainment as he shares his thoughts about some music brands in Ghana.

Saddick Adams is of the strong opinion that the song ‘Ahomka Wom’ by the legendary music group, ‘Ahomka womu’ is still bigger than any hit song made by Team-based music duo, R2Bees however, he loves R2Bees.

According to the Angel FM presenter,  the fact the song broke boundaries and became dominant in African countries like Sierra Leone, Ivory Coast, Nigeria, and Liberia even buttresses his claim and warned those below the age of 30 not to argue with him.

‘Ahomka Womu’ was released in 2003 and instantly became the number one on the Ghanaian charts for over 20 weeks. The group subsequently won five awards at the Ghana Music Awards from the hit single after which they gained international exposure after this success.

“I love R2bees to bits. But I think Ahomka Wom by VIP was popular in Ivory Coast, Liberia, Sierra Leone and most particularly Nigeria than R2bees biggest song was in Ghana. Isn’t it still the most sold album (cassette) till date Don’t argue on this if you’re below 30 years.” Previous ArticleMY BIGGEST DREAM IN LIFE IS TO HAVE MY OWN HOUSE – Actress, Adwoa Smart Sorrowfully saysNext Article“I COULDN’T SPELL WORDS LIKE ‘MANGO’, ‘FRIEND’ WHEN I MOVE FROM HO TO ACCRA– Cookie Tee Recounts Humble Beginnings