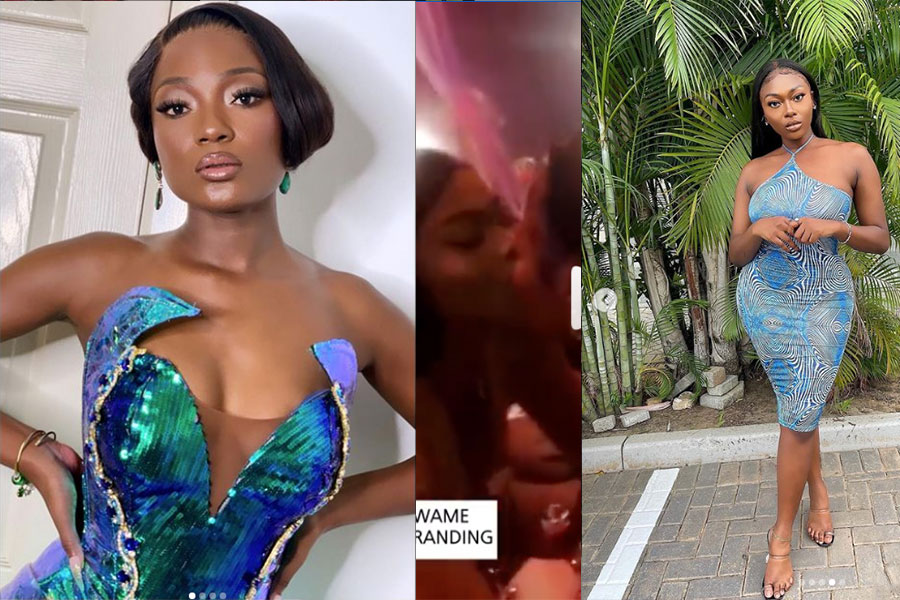 Ghanaian songstresses, Efya and Sefa have sparked an uproar on social media after a video of them locking lips at a party surfaced online.

The two vocal powerhouses bumped into each other a party a few days ago and upon seeing each other, out of excitement, they kissed in the full glare of other guests at the place.

Ina viral video, you could see Efya walking by when she saw Sefa, and immediately called for her but the table between them couldn’t make them hug to exchange pleasantries and landed them into ki$sing.

This has generated a widespread outrage on social media as some have raised suspicions that they could be lesbians but had to publicly display their romance.