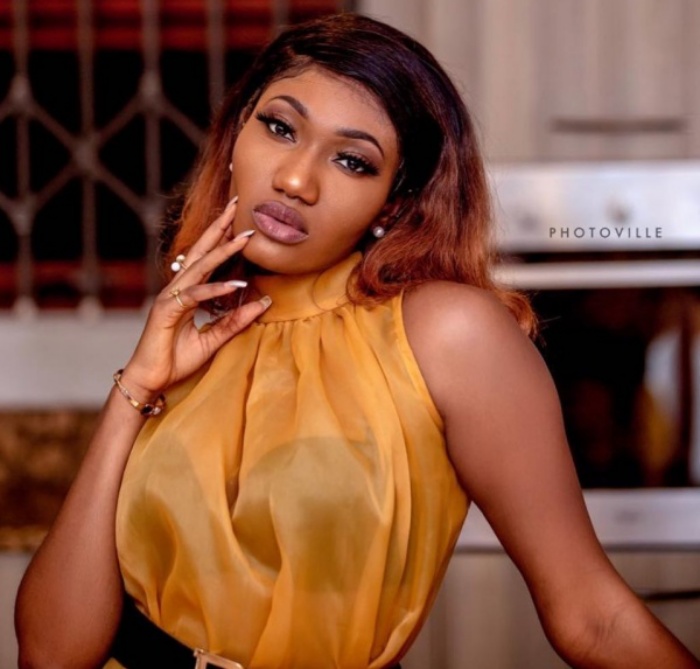 Ghanaian songstress and Rufftown Records flagship artist, Wendy Shay has disclosed that from where she sits, the award schemes, Vodafone Ghana Music Awards and 3Music Awards are the same.

Wendy Shay who failed to bag any award at the just ended VGMA 202 made this statement on Sammy Flex’ Showbiz Agend’ show and according to her, VGMAs and 3Music is like the two most powerful political parties in Ghana, NDC and NPP.

Wendy Shay was nominated for the Afrobeat/Afropop Song of the Year and Afrobeat/Afropop Artiste of the Year’ and when she was quizzed why she was not seen at the awards ceremony two weeks ago, the ‘Uber Driver’ hitmaker responded saying that the VGMA was a fruitless venture for her.

She furthered that the award schemes have their favorites hence they always award who they like but not who deserves.

Explaining why she was absent at this year’s ceremony, she said:

“We have two types of artistes [in Ghana music industry]; artistes in the industry and industry artistes.

“For instance, I’m an artiste in the industry, and we have some people who the industry loves and pampers them. Even sometimes, when we all know that they don’t deserve some awards, they are given all the awards because they are loved by the industry.”

“I’ll use myself as an example. It has to be very obvious that I’m going to win an award. For instance, when I came to the industry, everybody knew my songs, they were everywhere. It would have been a problem if I didn’t win the ‘New Artiste of the Year.’ For that, as an artiste in the industry, people knew I deserved it.”

“But this time, everybody knew that I’ve worked really hard even though it can’t be compared to my first year due to the pandemic. I was nominated but I knew I was not going to get it because some people are favourites.”

She said she didn’t ask her fans to vote because she had no chance of winning due to favouritism.

“I didn’t ask my fans to vote because I knew I won’t win even if they voted. I didn’t campaign for votes out of fear but I was pushing my album. My mind was elsewhere.”