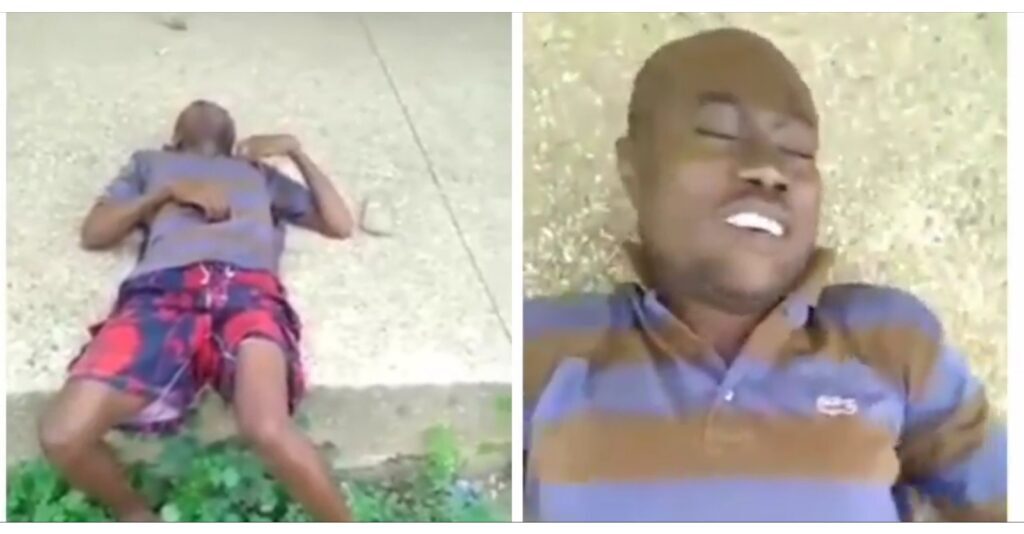 For reason yet to be known, Sugar Tone who has been off the music scene for several years now was filmed lying on the floor and it alleged that he has been on drugs and has been drinking alcohol and that has destroyed him.

The video is currently generating serious conversation on the internet as the unknown person who recorded the video is heard calling for support before it becomes a late issue for the music industry folks to handle.