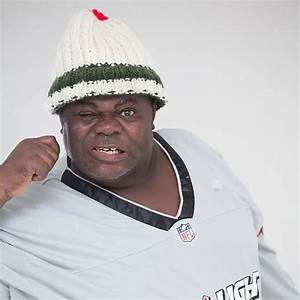 Veteran Ghanaian actor, Psalm Adjeteyfio popularly called TT of ‘Taxi Driver’ fame has laid life-threatening curses on those criticising and mocking him for coming out on social media to share his ordeals.

Psalm Adjetey got Ghanaians teary after lamenting bitterly over his inability to pay for his rent and also fend himself due to ill-health and begged benevolent persons to come to his aid.

The Greater Accra Regional Minister, Henry Quartey also pledged to provide a monthly stipend of ₵1,500 when the trending issue was brought to his attention. Furthermore, socialite Ayisha Modi also came through by pledging to pay for his rent for life plus other monetary assistance.

However, some netizens believe he deserves no sympathy for being poor at 73 having worked several years as an actor and obviously failing to structure his life well.

The aging actor upon getting wind of the criticisms launched a tirade and curses against his mockers by saying diseases took a big chunk of his fortune and since he did not invite those diseases into his life, those mocking him will suffer the same fate.

psalm adjeteyfiotaxi driver psalm adjeteyfiott
Previous ArticleSHOULD SOMEONE WHO HAS WORKED HIS WHOLE LIFE AS AN ACTOR BE FEEDING OFF DONATION? – StonebwoyNext ArticleA MAN WITHOUT A CAR CANNOT DATE ME, PLUS HE SHOULD BE BETWEEN 40-90 YEARS- Shemima of Date Rush