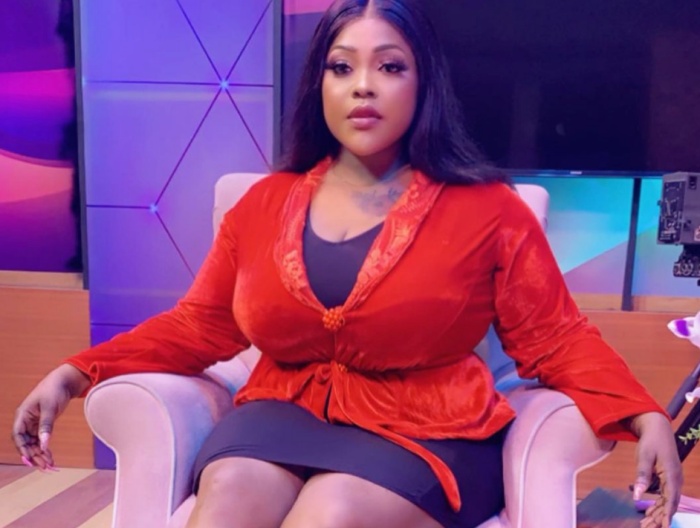 Ghanaian businesswoman and television presenter, Mona Gucci has cried out on social media over how some people are plotting to end her life.

Mona Gucci revealed on her Instagram page that her life is in danger as her enemies have gathered to hold a meeting where they are planning on how to assassinate her and take her out from the land of the living.

She claimed that she got to know about this development from one of the members of the gang who had the meeting as the person came out of the meeting to inform her about what is going on and she has officially made a report to the police about it,

“I am not afraid to declare MY JESUS CHRIST to y’all evil industry planners—Oprah Winfrey, Wendy Williams, jimmy kimmel, ananda Lewis, Larry king, Ellen n a lot more—are all top presenters in America—n have their fan base—not for once—will there be a meeting amongst them—to execute another—they support each other— only in Africa—fellow industry people do this.

“Even tho—the police intelligence are collaborating with the FBI—to bring the people to book—I stand on psalm 91– GOD IS MY SHIELD AND MY PROTECTOR—-☺️💯 look At toothless—bull dogs 🐕 coming to fight the daughter of the LION 🦁 OF THE TRIBE OF JUDAH…!!🤣🤣their fatherrrrrrrrrzzzzzz*“