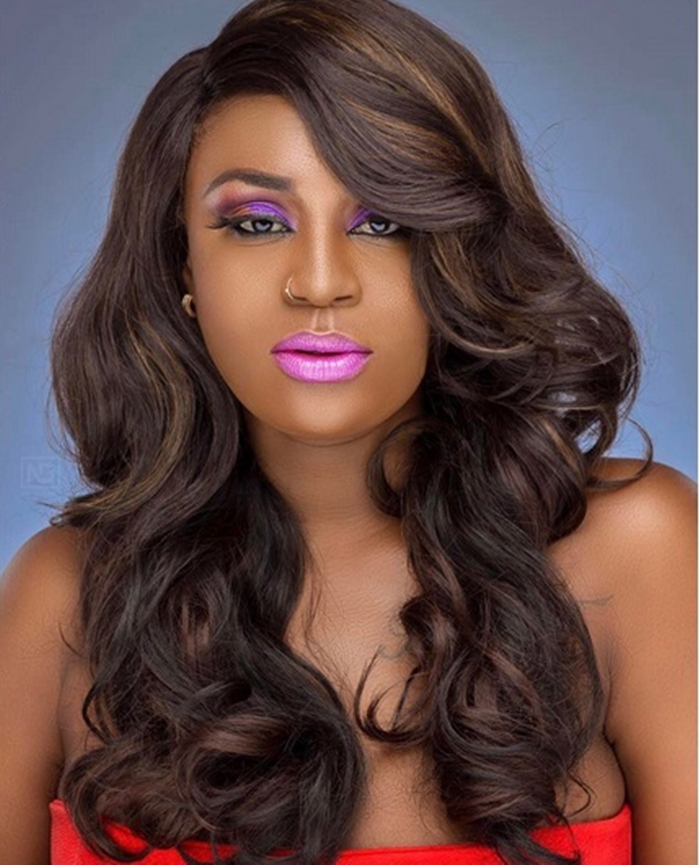 Ghanaian actress, Bibi Bright has chided politician and Public Relations Officer for the National Democratic Congress, (NDC), Sammy Gyamfi for opposing government’s decision to pay the spouses of the President and Vice President allowances and salaries.

In a series of tweets, Sammy Gyamfi stated that the decision by the state to pay wives of Nana Akufo Addo and his vice, Bawumia a monthly salary equivalent to that of a Cabinet Minister, is patently unconstitutional and reprehensible particularly given the fact that they are not Article 71 Office holders therefore same must be withdrawn forthwith.

For the records, the spouses of the President and Vice President of the United States of America are not paid any salary by the State. Why ‘Ama Ghana’? :@NAkufoAddo @MBawumia

Reacting to his tweet, Bibi Bright pointed to the fact that government has been paying president’s spouses behind closed doors branded as ‘allowances’ and now that the president has proposed the payment of salaries which will be taxed just like other civil servants, the opposition has decided to twist and turn it to emotionally frustrate the hearts and minds of Ghanaians.

Sighted on her |Instagram page, Bibi went on to ask how leaders can be accountable and transparent we continue to criticize truth and uphold the unknown.

‘For years since 2008.. ‘Ama Ghana’ has been paying some amounts of money under the table to former first and second ladies till date tagged as “Allowances” As teachers, nurses and other public servants had taxes deducted from their salaries for national building these under the table sums of money was paid with no tax deduction. Today, the president supposes that the ‘allowances’ that are been paid behind doors should be brought to light and paid as salaries so they can be taxed just like every other public servant, the opposition decides to run with it, twist and turn it to emotionally frustrate the hearts and minds of Ghanaians.

Am still asking and am yet to get any credible answers about the back dating aspect of this news. I personally disagree that their salaries should be backdated since they, as in ALL former and previous first and second ladies have all been paid their allowances till date, I repeat all of them.

Then again I think what we need to ask again is ‘how much is this ” allowances”? For all we know it may be even more than parliamentarians or ministers pay. I quote former minister of energy under the ndc administration said “he didn’t even know that first and second ladies take allowances” so a whole member of parliament and a minister had no idea how much more you and I? my fellow Ghanaians what if this present day administration also decided to keep mute about these “allowances” and continued to pay sums of money under the table?

. How do we ask for accountability and transparency as a nation if we continue to criticize the truth and uphold the unknown?