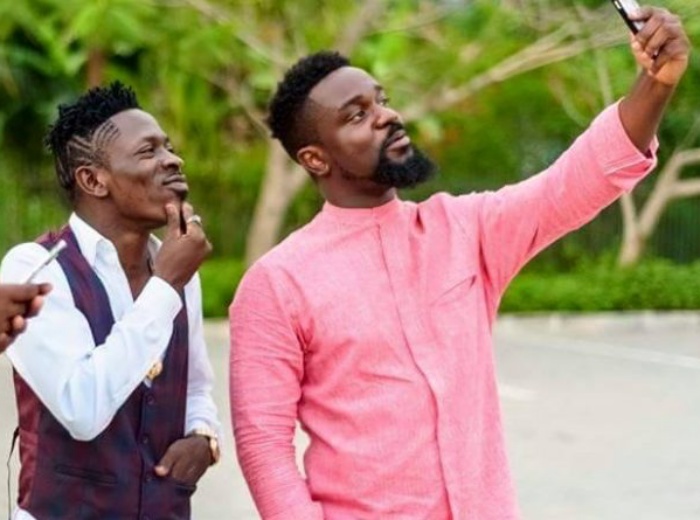 Ghanaian rapper, Sarkodie has dropped his two cents on the attitude of his colleague, Shatta Wale towards him and others in the music industry.

In an exclusive interview with Pure FM as part of his media tour ahead of his new album release titled ‘No Pressure’ Sarkodie said that Shatta Wale has a distinct attitude and he has come to accept him for what and who he is and he has come to terms with the fact that he will never change.

The Sarkcess Music CEO who recorded a diss song ‘Advice’ for Shatta Wale in 2018 admitted that he and the Dancehall singer had some issues in the past but he has put all their qualms behind him and focusing on giving his fans good music.

“Shatta Wale will never change. He can’t change. He’s abusive, that’s how he is and I have accepted him for who he is. Everyone has a way of letting out his emotions and that is his way. Let us all learn to take him like that. He can’t change.” Sarkodie reiterated.

Sakordie is currently promoting his new song ‘Vibration’ which features US rapper, Vic Mensa and it is getting positive reviews from his fans and music lovers across the nation and beyond.