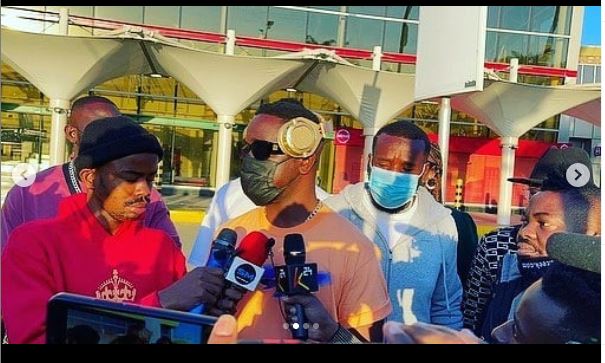 Legendary Ghanaian entertainer, Sarkodie has arrived in Kenya’s capital, Nairobi to continue with his media tour after a successful run in Nigeria.

Sarkodie has taken the promotion of his new studio album ‘No Pressure’ international as he is currently on the soil of East African country, Kenya to share his music with music lovers and make new fans.

Videos circulating on social media shows how the ‘No Fugazy’ rapper was given a heroic and warmly welcome at the Jomo Kenyatta International Airport.

Sarkodie was received by local media men, a number of entertainment personalities and his fans and was presented with a bouquet on his arrival at the airport.