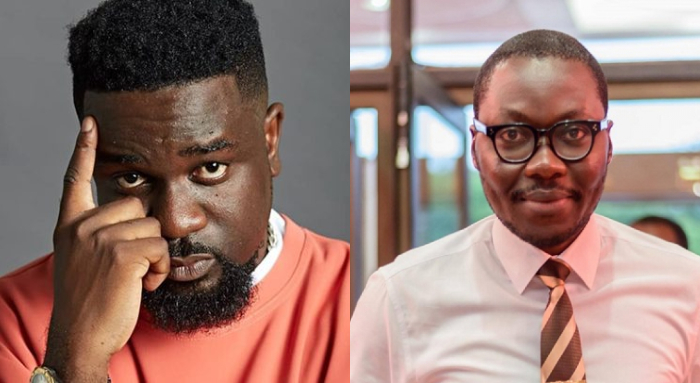 Ghanaian entertainment critic and arts writer, Arnold Asamoah Baidoo has kicked against the move by the Ghana Civil Society Organisations (CSO) urging award-winning rapper, Sarkodie to render and apology to Ghanaians for sharing photos of himself smoking tobacco on social media.

Sarkodie made headlines on the internet space after photos of him heavily smoking cigar surfaced days before his birthday on July 10 and CSO issued a statement in furtherance of that condemning the act on social media on the basis that he is an influencer.

The statement issued on behalf of the organisations by Mr Labram Musah, the Director of Programmes of VALD, and National Coordinator, Ghana NCD Alliance.

“We are very disappointed in Sarkodie for circulating pictures of himself smoking a cigar on social media without considering the negative influence this singular act stands to have on the public, especially the youth, most of whom consider him as their role model.”

However, Arnold Asamoah Baidoo thinks the call is baseless while pointing to the fact that the iconic rapper never broke any law which he has to apologize for.

“Let’s not lose the fact that Sarkodie is highly influential and mostly, what these celebrities portray in their videos and photos, there is some research that proves it affects one or two people.

“I don’t understand why they single out personalities. It’s a brilliant initiative; you can only appeal that based on your brand, based on your influence, this is not helpful.

But to say he should apologize… Apologize for what? When he has not flouted any law?”  he added.