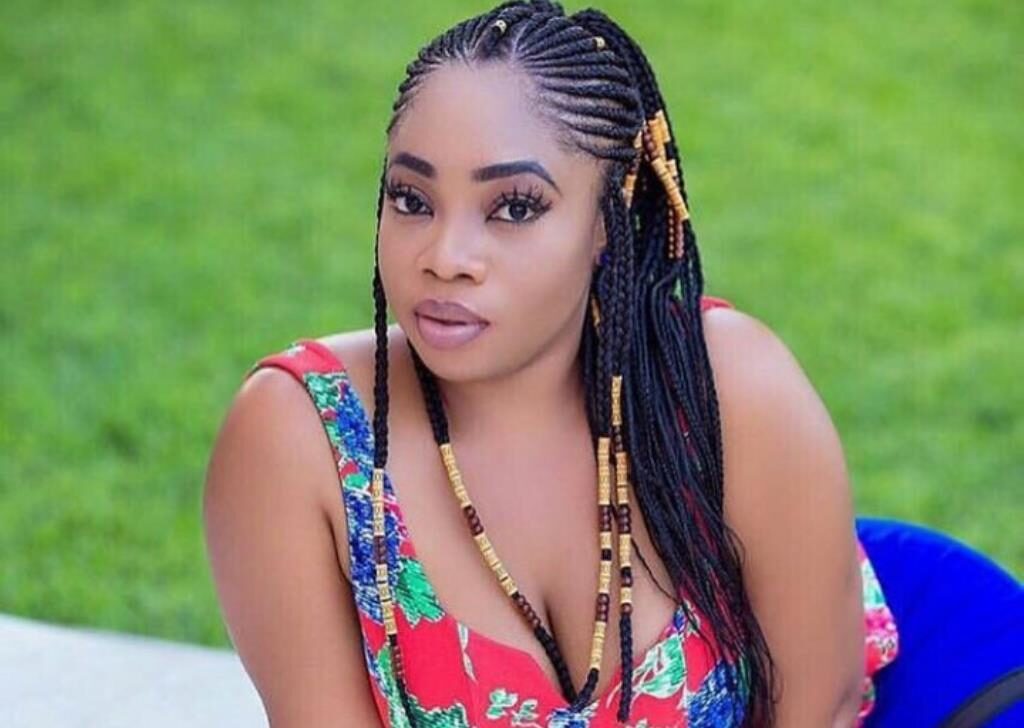 Ghanaian actress and slay queen turned evangelist, Moesha Boduong has is still on her evangelistic conquest as she was spotted sharing her life’s experiences to some people in her bid to give them Christ after seeing the light.

Moesha Boduong who became the talk of social media after she was seen in church praising and thanking God for saving her as she is now born-again was preaching in front of an uncompleted building advising young women not to be obsessed with having money and living flashy lifestyle.

Moesha who now touts herself as Maurecia disclosed that rich men sleep with them and exchange the money they give to them with their destiny and steal their glory.

She explained that most of these rich men easily give out money to desperate women because they gain more than they give and she furthered that every woman has been given a special kind of spiritual wealth that when they work hard, it will manifest.

However, because most of these young women are eager to live a good life, they end up giving it away to these rich men who will only give them comfort temporarily.