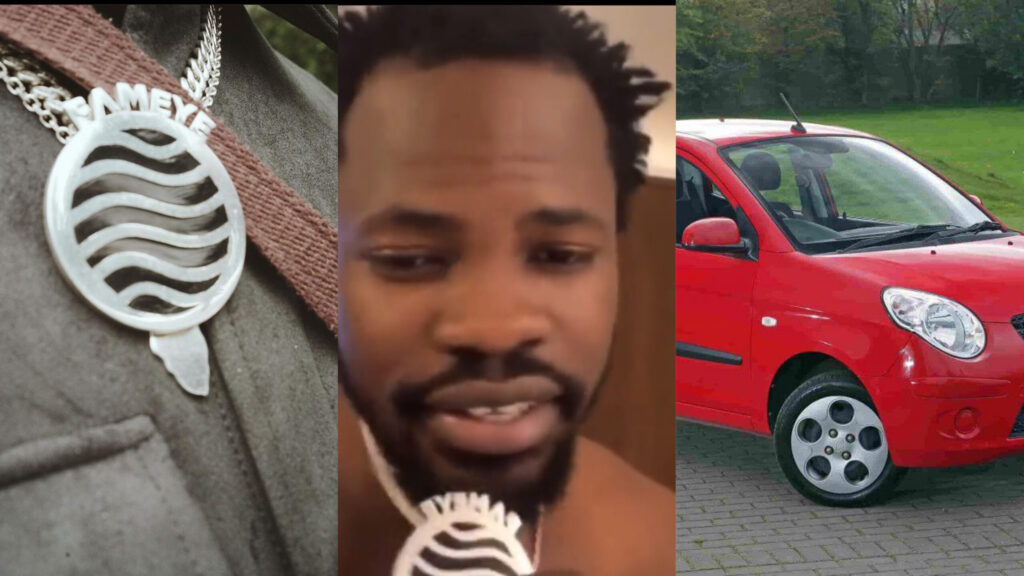 Ghanaian Highlife and Afrobeat singer, Fameye has responded to those trolling him on social media over his necklace as they claim it is fake.

Fameye who is currently in London was mocked by social media saying that his chains are ‘Alumi’ meaning they are inferior and of low quality.

Fameye has come out to defend himself with regard to this. In a video recorded by him, he stated that none of his chains are Alumi as said and are very expensive.

He said the chain could even buy someone an Uber Car for the person to work with, and went ahead to advise people to be happy for people when they’re doing well.