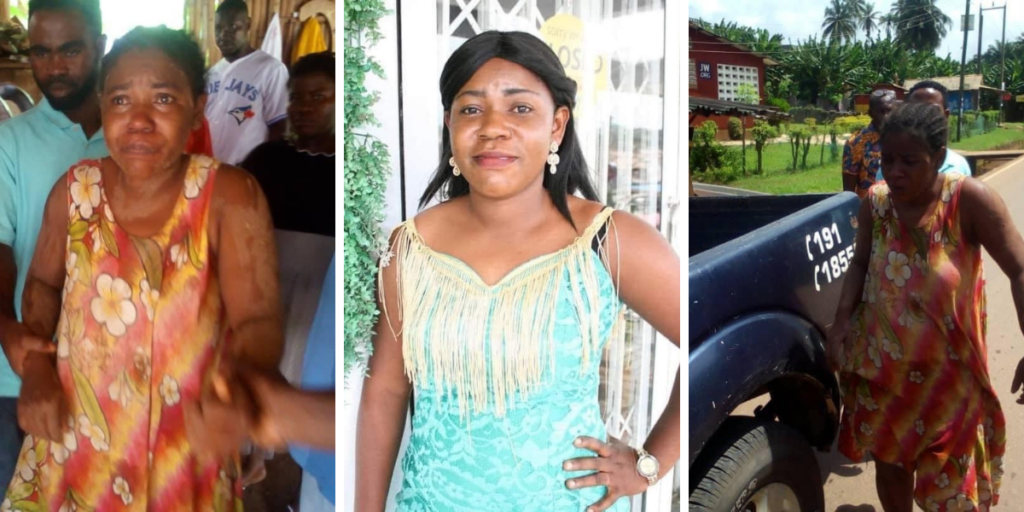 Ghana Polce Service has confirmed on their official facebook page that Mrs. Josephine Panyin Mensah, the woman at the center of the Takoradi kidnapping controversy, has confessed she wasn’t pregnant nor kidnapped as reports have it.

“The suspect, Josephine Panyin Mensah, 28, has confessed to the Police during further investigations and stated that neither was she pregnant nor ever being kidnapped,” the Police stated on their page.

The Ghana Police Service has earlier disclosed all three tests at the Axim Government Hospital, the Takoradi Hospital and the Effia Nkwanta Government Hospital to ascertain whether Josephine Panyin Mensah was indeed pregnant at the time she was reported missing turned out negative.

This was after the found self-acclaimed pregnant Takoradi woman was transferred from the Axim Government Hospital to the Effia Nkwanta Regional Hospital in the Western Region capital.

This was strongly challenged by the relatives of the 28-year-old, who was declared a suspect by the police, and residents of Columbia, where she lives. Some residents even invoked curses on the regional minister for spueing such “lies” on their neighbour.

Many have, therefore, called for an independent examination of the hitherto kidnapping victim.