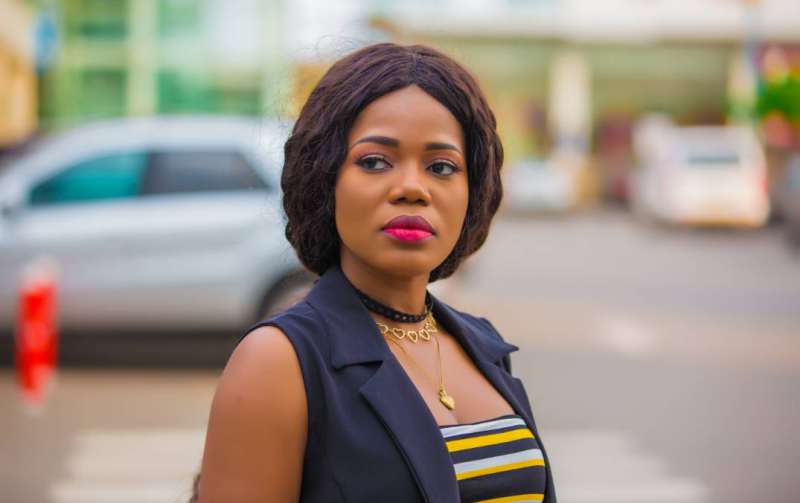 Former Ghanaian musician, Belinda Amoah better known as Mzbel has vowed to prove that the person being referred to as the ‘Papa No’ is the former president of Ghana, John Mahama.

Mzbel said she is ready to share evidence to back her claim if an NDC supporter who infuriated her does not keep mute. She claimed that it is because of the admiration he has for the NDC flagbearer that is why he does not want to speak up.

Mzbel’s outburst follow a post she made that a sympathizer of the opposition party, NDC, did not like and he warned her to stop the pretence because she knew John Mahama was never the ‘Papa No’ as many speculated but she was silent about and watched his named dragged into the mud.

“Madam clear off! Your no different from them. You knew Papano was not JM. You couldn’t protect the man you call a father by exposing the truth. You followed a beef and dragged Mahama’s name in it. You couldn’t ignore if you can’t expose who the Papa No is. N today you want to act like an angel? Clear off again!” she wrote.

This completely set off Mzbel.

She replied that the NDC follower should not try her because she can easily prove who is Papa No.

She warned her that if she really cares about JM, she will shut up and not annoy her to start dropping keys.

“People like u are the reason why JM’s name is always being drag in the mud! If u have balls dare me and I will break it down to u right here with evidence who the “Papanpo” really is kwasiaba! GTFO.

“When I said several times that I don’t know who “Papanpo” is, I really meant that then…. DONT PUSH ME! IF U REALLY GIVE A F*CK ABOUT JM THEN STFU COS I’M AN ANGRY WOMAN RIGHT NOW! MORE ANGRY THAN U!

“NB: I’m not an angel and not tryna be one cos I don’t even believe in that shit! I’m just tryna be a better person and if that is impossible because of people like u then fuck it! Lets descend back into the mud!!!!”

Swipe to see screenshots of her post and the banter she with the NDC supporter below;