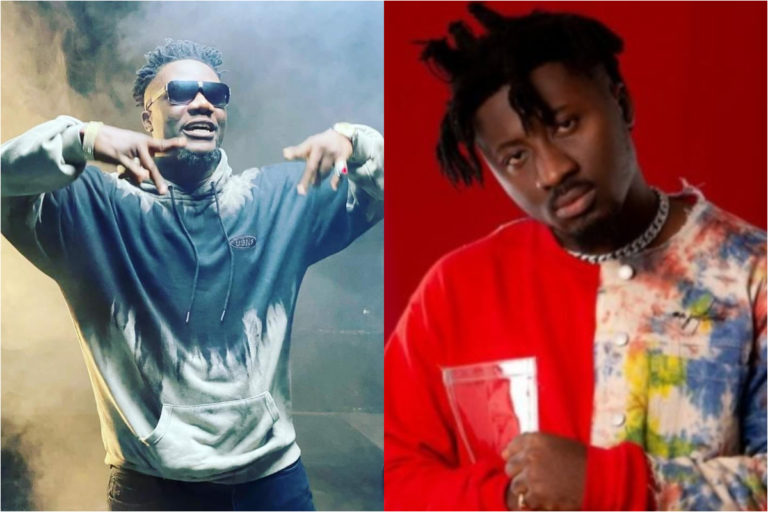 Sensational Ghanaian rapper, Amerado has threw a challenge to his colleague, Obibini to throw his best shot at him in a rap battle if he has taken offence over his rap freestyle he laid on Tim Westwood’s show.

Earlier, Obibini, who has the trademark line “wudini”, had replied to Amerado by stating that he is ahead of the game so he (Amerado) can rap his lungs out but can never be as great as he is.

Amerado who is currently the talk of social media after a video him rapping with dexterity surfaced claimed that he does not see what Obibini has achieved as a rapper for him to be claiming that the Kumeraica rapper has offended him by dropping the lyric “wudini” on Tim Westwood TV.

Speaking to Mz Gee on TV3, Amerado fumed by stating that Obibini “has not yet reached” thus he does not understand why he finds the verse he dropped on Tim Westwood TV  offensive.

“I didn’t mention Obibini’s name, but if he doesn’t like what I said, he should go to the studio and diss me. What has he achieved more than me? He shouldn’t get me pissed. What has Obibini done in this world?

“What has Obibini done in the world? He should just support a young guy trying to elevate Ghana. Why is he not talking about the fact that I was so selfless, and I mentioned almost everybody’s name trying to project our Ghanaian music to the world? Did I even go straight at somebody?” he continued.