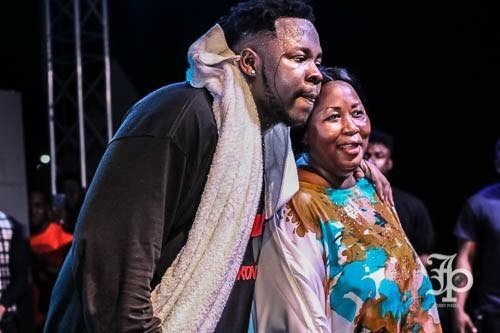 The mother of Ghanaian rapper and AMG Business flagship artist, Medikal, has opened up on the arrest and detention of his son.

The rapper was arrested for brandishing a gun in a video on social media. His mother has spoken on Peace FM with Akwasi Aboagye about his son’s arrest following his release.

She stated that she would have died if his son spent another night in prison. Medikal was remanded into prison custody for 5 days following his arrest. He was granted bail on October 26.

His mother said he couldn’t bear the pain of knowing his son was languishing in prison.