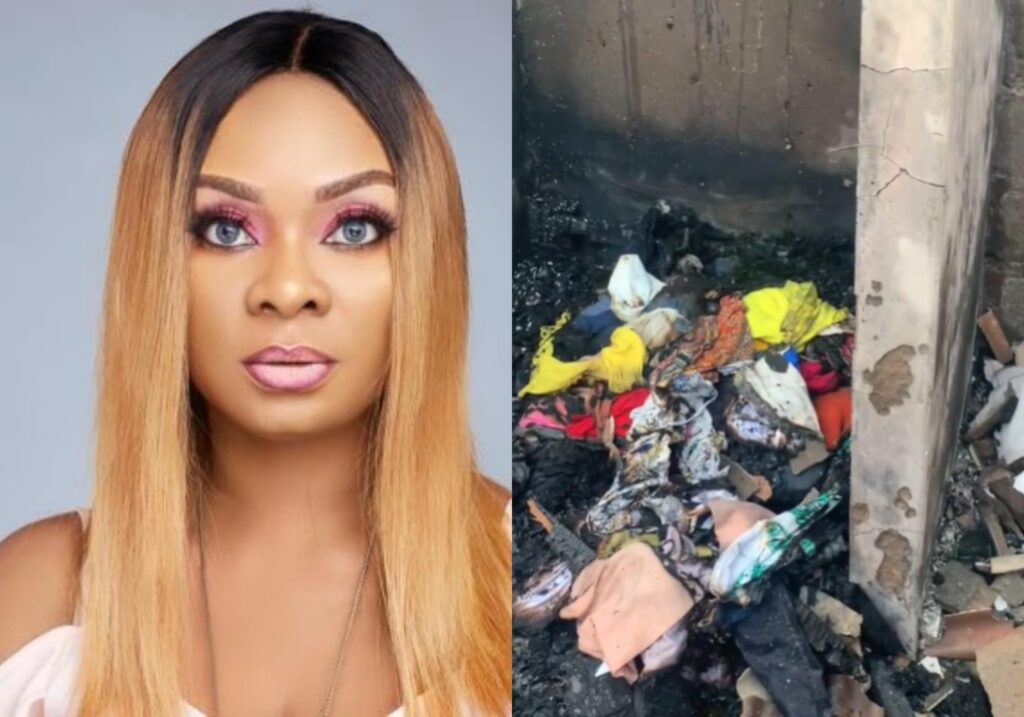 Embattled Ghanaian screen actress and businesswoman, Beverly Afaglo has debunked the popular notion that she bragged about being rich in a viral throwback video following the disaster that befell her home.

Beverly Afaglo’s house was raze down with fire and all her belongs were burnt to ashes leaving her with the only dress she and her kids were wearing on that day and after the incident occurred, she called on Ghanaians to support her by raising money for her to rebuild her house, and her colleague actresses like Yvonne Nelson, Martha Ankomah, and others also joined the campaign.

However, Ghanaians kicked against the idea of the donation idea after the throwback video of her bragging that she is financially endowed as her father left her house so she’s rich resurfaced on social media.

In a live session on Instagram, Beverly Afaglo who broke down whilst addressing the issue noted that she didn’t say she was rich but was only insinuating that she’s not broke