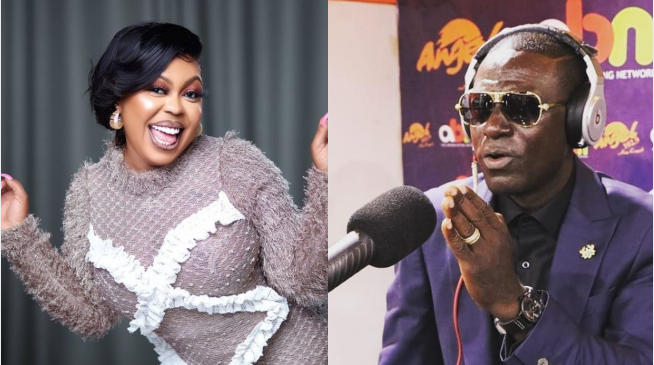 Ghanaian comedienne and former television presenter, Afia Schwarzenegger has refuelled her beef with popular media personality, Captain Smart following his remarks about the president of Ghana.

Captain Smart who has constantly been criticizing the ruling New Patriotic Party (NPP) government over how they are running the country slammed Akufo Addo saying he thought he never liked corruption but he has come to realize he dines with it.

Reacting to his commentary, Afia Schwarzenegger disclosed that she begged Bola Ray on his behalf after he duped him by taking Bola Ray’s money to work for him but never showed up and she told him that disrespecting the president will not revive his dead show.

I remember when I had to beg @bolarayofficial on your behalf ….when you collected their money n refused to show up for work!!!!

AND A TV STATION IS CONDONING THIS …SMH”