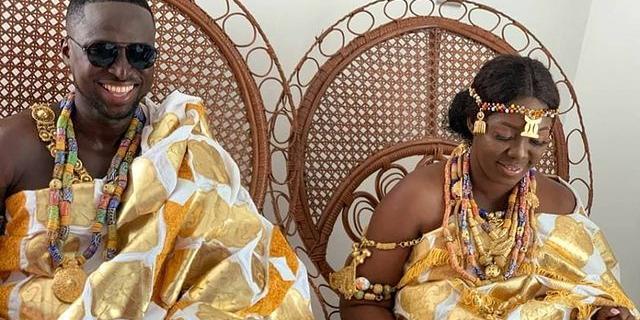 Since their separation nothing has been heard of Elizabeth until rumors went rife about her upcoming wedding after wedding invitation card surfaced online just when Funny face is recovering from his issues with his baby mama, Vanessa.

Well, it will interest you to note that the rumors were true as she has officially tied the knot with her new lover, Eric Ntim in colourful traditional wedding ceremony at Laptop, a suburb of Weija in Accra.

From what we gathered, Ntim and Adjei will hold their white wedding at the Charismatic Anointing Ministry International, Lapaz Race Course on July 31, 2021.