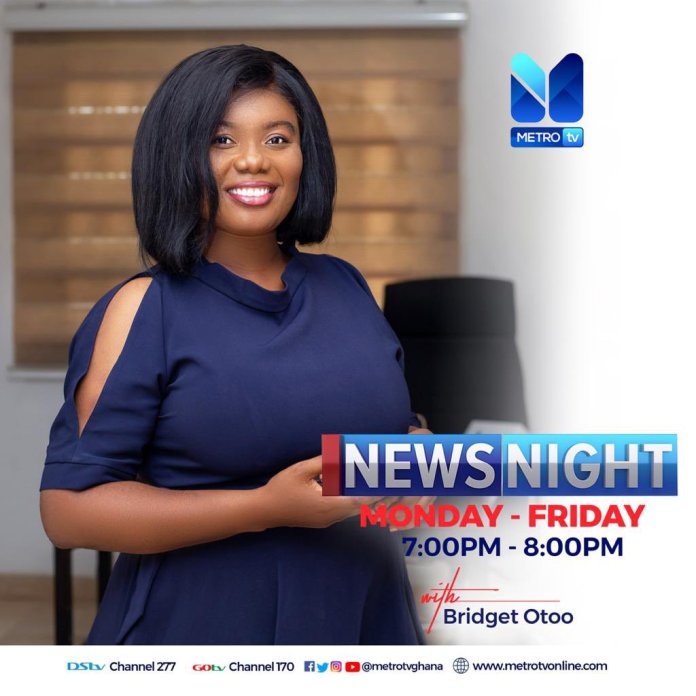 Media personality, Bridget Otoo has taken a new job as a news and anchor and television presenter for Accra-based television station, Metro TV.

Bridget Otoo has been off the television screens for over a year after leaving her former workplace, TV3 and after a careful consideration she decided to pick her life back by starting a new chapter with Metro TV.

The highly opinionated sympathizer of the National Democratic Congress, (NDC) took to her official Twitter page and shared the great news with her followers.

Bridget Otoo expressed her heartfelt grateful to Metro TV for believing in her and accepting her into their fold.

I would like to say thank you to the Managing Director of Metro TV@kayodeAkintemi for trusting and accepting me for who I am and Dr. Randy Abbey for the absolute belief in me.

I received an offer I couldn’t refuse!
& now here we are at @metrotvgh, my new home. They absolutely love my unique and authentic perspective and I plan to make every second of it count.

Metro TV also took to their official Twitter page and shared a video to announce Brigedet Otoo where they said they are glad to have her as part of the team.

The latest member in the crew @Bridget_Otoo We’re glad to have you on board; looking forward to reaching higher heights with you here

The latest member in the crew @Bridget_Otoo💕 We're glad to have you on board; looking forward to reaching higher heights with you here🎊🎉 💯 #MetroNews #MetroTv #NewsNight pic.twitter.com/9P6F8y48xM