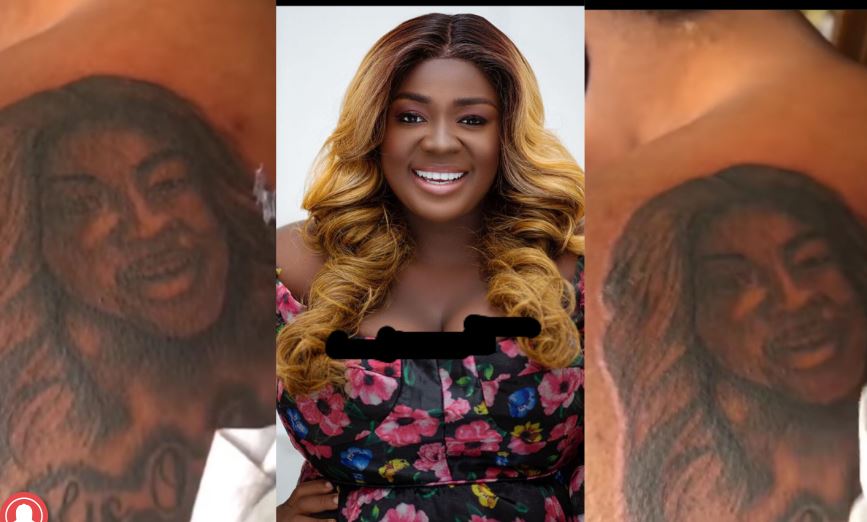 A die-hard fan of popular Kumawood actress Tracey Boakye has publicly demonstrated her love and admiration for her in the most overwhelming way.

The unidentified fan who is a lady tattooed an image of Tracey Boakye on body and Tracey Boakye took to her Instagram page to share a video that captures the tattoo process.

A video shared by herself shows a fan who had tattooed her at his back, to show love to her because she is his favorite celebrity.

The mother of one who sounded very excited and humbled by the gesture said she wished she would meet the lady and and show her appreciation.