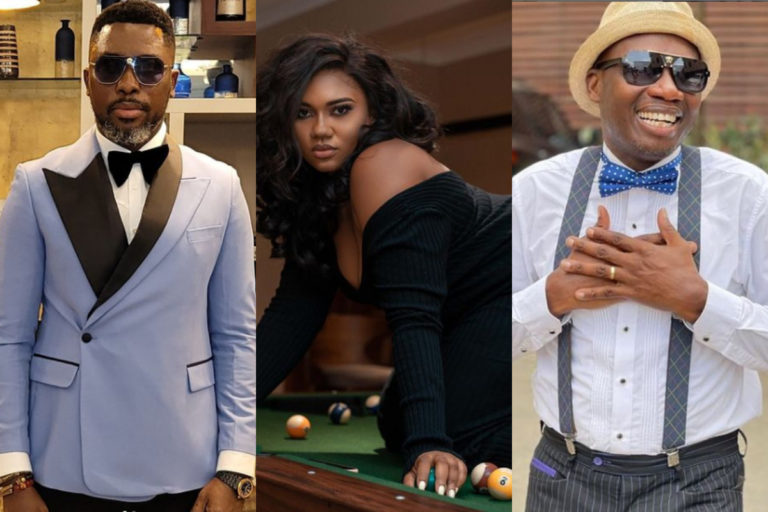 Marriage and relationship counselor, Counselor George Cyril Lutterodt has advised television presenter and socialite, Abena Korkor not to be distracted by A Plus’s rants because he wants to get into her pants.

Abena Korkor and APlus were involved in a banter after she recently came out with another post and mentioned APlus as someone who was planning evil for Sammy Awuku.

APlus replied and it lead quite an ugly scene of insults and many others. Counselor Luterodt passing his Comment about this said Abena Korkor shouldn’t mind APlus because he just wants to eat her, because APlus said in his video that if he had chopped her like he will be the one to come out to say.