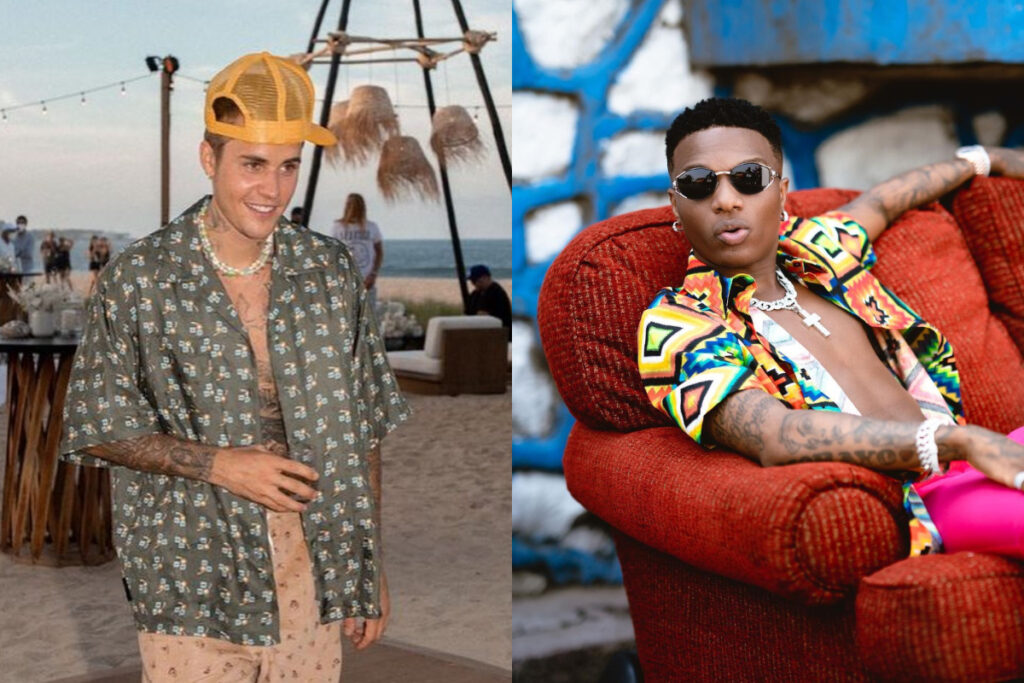 Nigerian musician Wizkid and American musician Justin Bieber give momentus performance on stage for the first time as they perform ‘Essence’ song.

The singer sold-out O2 Arenas tickets within a week. He currently has 3 dates for his show in the UK due to the high patronage.

He recently released a remix of Essence which was featured by Justin Bieber, which is another stunning Mark set by the Afrobeat sensation.

Another chapter in Wizkid’s career was written yesterday at MiaFest when he performed Essence with Justin Bieber for the first time. It was incredible and a big win for Africa and Afrobeat, which will definitely go down in history.

WIZKID AND JUSTIN BIEBER
Previous ArticleAfIA SCHWARZENEGGER REPLIES TO LADY WHO ACCUSED HER OF GOING OUT WITH HER HUSBANDNext ArticleAFIA SCHWARZENEGGER AND AISHA MODI BEEF OVER SPENDING 1.7 BILLION ON MOESHA BUDOUNG