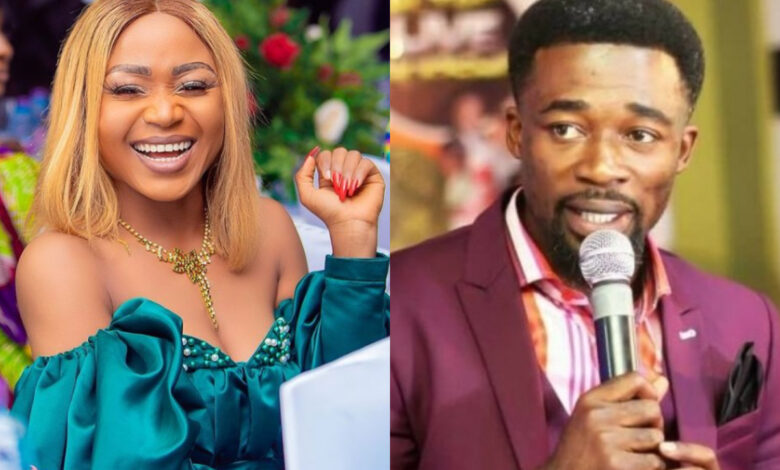 Controversial Ghanaian preacher and founder of God’s Crown Chapel, Eagle Prophet has revealed that actress and video vixen, Akuapem Poloo will be gang raped and killed.

According to Eagle Prophet born, Reindolph Oduro Gyebi a dark cloud is covering Akuapem Poloo and the Lord revealed to him that a gang of men numbering over 12 of them will rape her and leave her in a pool of blood.

He urged Ghanaians to pray for Akuapem Poloo and refuted claims that some prophets such as himself only want to trend that is why they make very controversial statements.

akuapem polooeagle prophet
Previous Article‘YOUR ARROGANCE WILL BE YOUR DOWNFALL’ – Blakk Rasta Blasts Sarkodie, For Saying He Hardly Picks His Mum’s CallsNext ArticleWHY IS IT ALWAYS A PROPHECY ABOUT DOOM’ – Lydia Forson Fumes Over Eagle Prophet’s Revelation About Akuapem Poloo