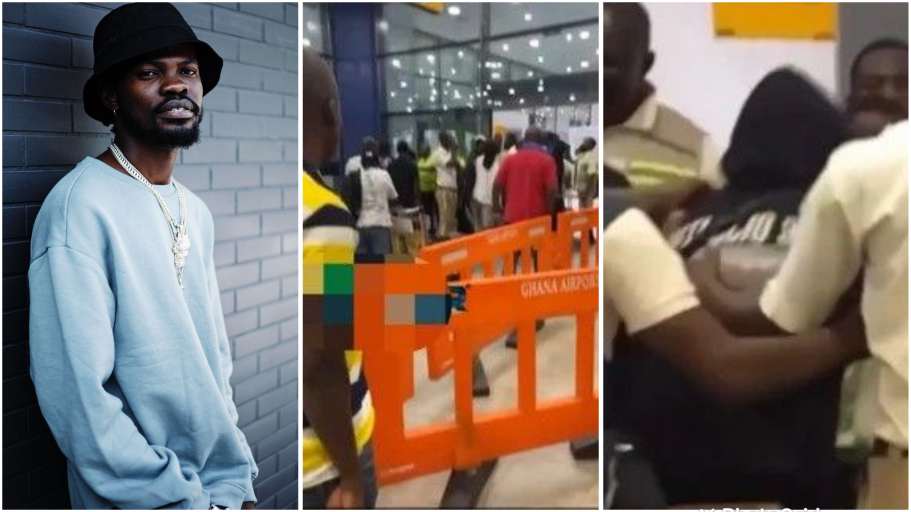 Ghanaian singer Fameye has been sighted in a new video confronting security men at the Kotoka International Airport after his team was prevented from gaining access to the check-in/departures.

The chaos erupted when the singer’s team escorting him to travel were stopped from entering the departure hall.

In the video that was shared by blogger, GHhyper on his Instagram page, Fameye was seen in a fierce argument with the security personnel at the Kotoka International Airport after his team was denied entry into the departure hall.

Shortly after the confrontation started, Fameye was surrounded by more than five security men while he was clothed in a black hoodie, a nose mask, and a sweatpant.

The commotion caused by the artiste at the airport drew so much attention to the scene which got people to draw out their phones to record what was happening.