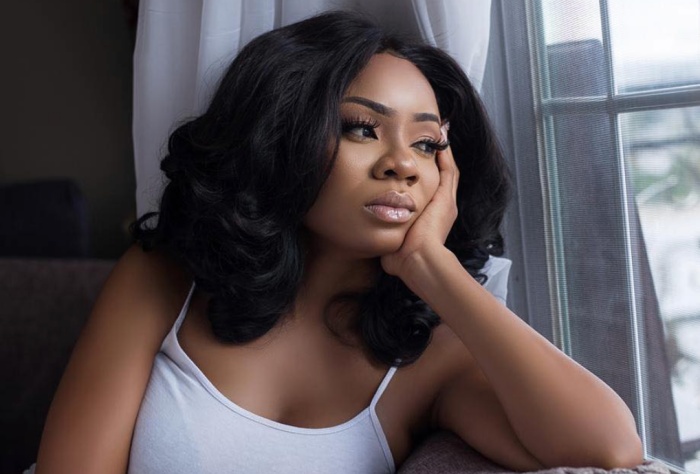 GHOne TV presenter, Serwaa Amihere has replied to critics who have questioned an approach against a cyberbully who attended a recently held audition by their media house.

A young man identified as Journalist Albert was humiliated by a panel made up of broadcasters; Nana Aba Anamoah, Bridget Otoo and Serwaa Amihere after he was identified as the face behind a Twitter account known to bully individuals by levelling false accusations against them.

He had previously attacked Serwaa and Nana Aba but was bold to attend an audition for a show where he was going to be mentored by the two after passing the audition stage.

Nana Aba in a viral clip put the cyberbully on the spot when he questioned his “horrible behaviour” on Twitter.

“…when you, you write this; hey Serwaa, we know what you’ve been up to in this country. What do you know?…you sit on Twitter utter nonsense about people, you said horrible things about me, Bridget, Serwaa, Lydia and other people on Twitter. I’m here, say it to my face,” Nana Aba dared him.

But reacting to this, Serwaa, who has been a victim of the young man in a tweet sighted by Dailyguide addressed the effects of cyberbullying.

“Sit there and talk about ethical principles. Hypocrites. When people have bullied you till you become suicidal, then you can come back to have this conversation with us! Hypocrites!” she wrote in a tweet.