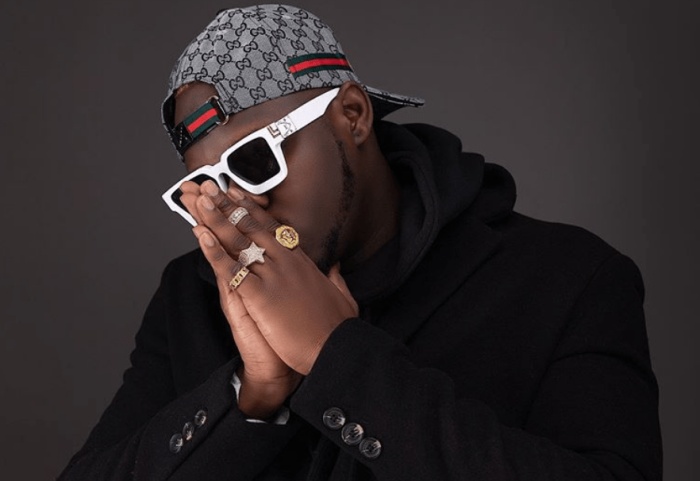 New information reaching Nkonkonsa.com reveals that rapper, Samuel Adu Frimpong, also known as Medikal has been remanded by a court for 5 days for brandishing gun on social media.

Medikal, was on Thursday October 21, 2021 evening denied police inquiry bail after he was arrested for brandishing a gun on social media.

Medikal is reported to have displayed the weapon in a video shared on social media and as a consequence arrested by the police. The rapper was arraigned before the court today, October 22 and has been remanded by the court for 5 days.

Citi News’ Anas Seidu in a report filed on Thursday said: “I can confirm to you that the Accra Regional Charge Office here, Medikal is currently in there. I saw him with the wife, Fella Makafui. Some few moments ago, they came out and went back inside. And credible information we have picked up from the police is that he brandished a gun on social media which was captured on video.”

According to citinewsroom.com, efforts to secure a police inquiry bail for Medikal proved unsuccessful. He was subsequently “moved from the Accra Regional Police Headquarters to an undisclosed police station, where he was detained,” the report said.