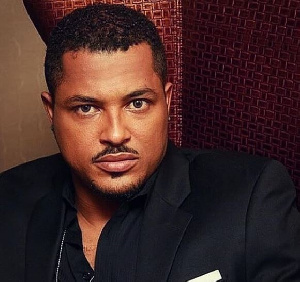 Popular Actor, producer and director,  Van Vicker has savagely descended on coach Milo describing him as the number one bullsh!t guy who knows nothing as Ghana gets kicked out of the AFCON tournament.

For the first time in Ghana’s football history, the senior national team, the Black Stars have been kicked out of the AFCON tournament in the group stage and this really sparked an outrage in Ghana.

Celebrities have reacted the abysmal performance of the Black Stars in this year’s tournament.

In a video shared online, Van Vicker who is so pissed over what happened slammed coach Milo saying he’s the number one bullsh!t man and he knows nothing which has resulted in Ghana being out of the tournament.

Van Vicker sounds so angry and pissed and it’s understandable especially to have a small team such as Comoros kick you out of the tournament without a single win in the group stage and it’s embarrassing for a team like Ghana.