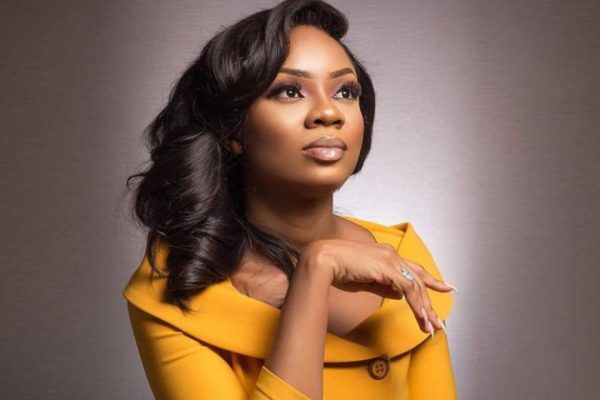 Ghanaian Journalist and News Presenter, Serwaa Amihere has wondered how National Service personnel are supposed to manage the GH¢599 paid to them by Ghana’s Ministry of Finance.

Serwaa Amihere seems to not like the decision taken by the Ministry of Finance to pay Ghanaian personnel an amount of GH¢599 as their monthly allowance.

She then decided to ask on her Twitter page how the NSS personnel manage their allowance given to them.

She wrote “National service personnel, how do you manage the GHS 599 allowance?”

National service personnel, how do you manage the GHC 559 allowance? 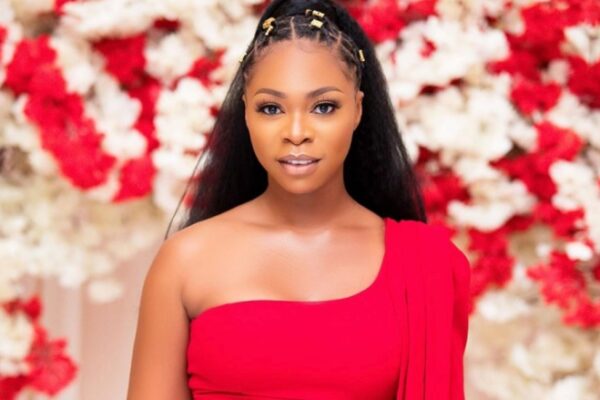 Ghanaian musician, Mitchy has disclosed that she entered the university at a very tender age.

Michy revealed this information when speaking with Halifax Ansah-Addo on Okay FM. She made this known after being asked how she was coping with reading law and doing other extra stuff considering how tough law is.

She then explained how sharp she is and how women were made to multi-task.

Michy said you will realize you’re a superhuman being after exploring what you are capable of.

Full details are in the video below; 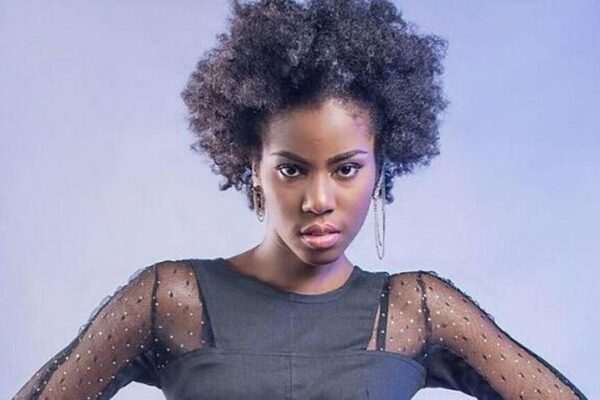 Ghanaian Afro-Pop and Dancehall musician, MzVee has placed her two cents on the issue of the pressure people put women through on social media and in real life.

While on an interview with Nana Romeo on Accra FM, MzVee said people have no right in doing such things and that marriage is not one of those things that can be shopped.

According to MzVee, marriage is a matter of time and everyone has their own specific one.

The “Come and see my mother” hitmaker bemoaned how some Ghanaians consistently tell her to get married on social media and she asked Ghanaians to take it easy on women who are still single.

MzVee indicated in the video below that she doesn’t pay much attention to such comments. Check it out 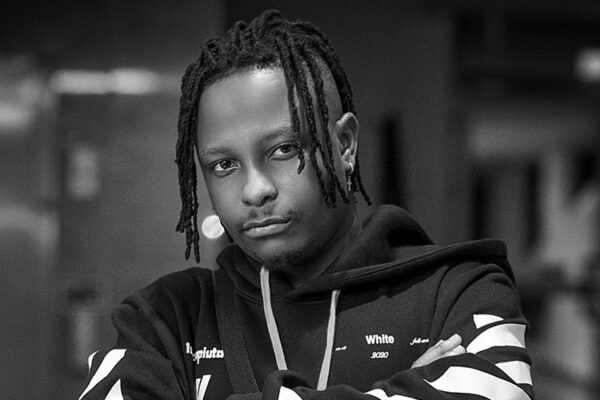 Ghanaian Afrobeat singer, Kelvyn Boy known for his dreadlocks for the first time is spotted with a new hairstyle.

On his Instagram page, he was seen with a down-cut hairstyle which was followed by the announcement of the release of his newest song. 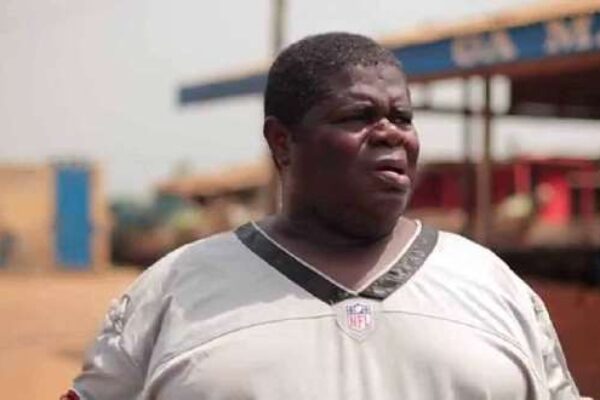 Ghanaian actor, Psalm Adjeteyfio has cried for help after the Electricity Company of Ghana (ECG) allegedly had asked him to pay the amount of GHS 8, 000 as an electricity bill.

You would recall that Psalm Adjeteyfio popularly known as T.T. came out to ask for help over unpaid rent which Ghana’s Vice President Dr. Mahamudu Bawumia and others came to his aid.

In a recent interview on Citi TV, Mr. Adjeteyfio said his electricity disconnected after which he was asked to pay GHS 4, 000 bills that he owed earlier. He adhered and paid and later the ECG said it was an estimated bill and that the actual bill is GHS 8, 000.

“First, they came to disconnect my light, and when I asked why they said I was owing GH¢4,000. I asked how because they barely bring us bills. I followed up with the ECG office to complain and they asked us to pay the money. I adhered and started paying little by little for the contributions I have been given. Just recently, I paid over GH¢4,500 cedis.

“Surprisingly, just last week, I received a message from them saying I still owe some money and that all the monies I had paid so far are an estimated bill. They issued me another bill saying it is the original one. In it, I was asked to pay GH¢8,000. Then I asked them if I’m smelting iron in my house. I am really burdened,” Psalm Adjeteyfio revealed. 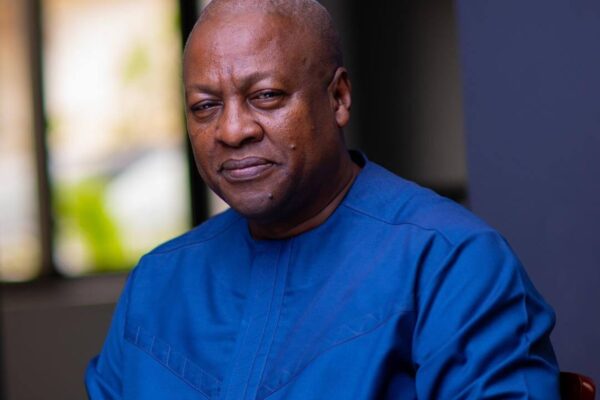 Ex-President John Dramani Mahama believes that the problems of Ghana can be solved by the National Democratic Congress (NDC).

On October 12, while speaking with some group of Ghanaians, Mahama said that the NDC manifesto has policies that could change the country’s state to a better one if implemented. He said the policies are based on infrastructure, economy, education, and other important ones.

He also said the NDC has a plan which will create one million jobs for all Ghanaians which could reduce the unemployment rate and boost the economic fortune of the country. He later said the NDC manifesto is better than that of the NPP and that it has the potential to change the country’s economy.

The former President said, “The high unemployment rate, businesses are suffering, the economy is collapsing. All the answers to what Ghana is going through today are in NDC’s 2020 manifesto.

“The big push for infrastructure, 10 billion dollars into infrastructure to construct our roads, our hospitals, our schools, they are all in our 2020 manifesto.

“After the launch of our manifesto no one discussed the NPP’s manifesto, they all focused their attention on ours, the plan to create one million jobs was also in there.” 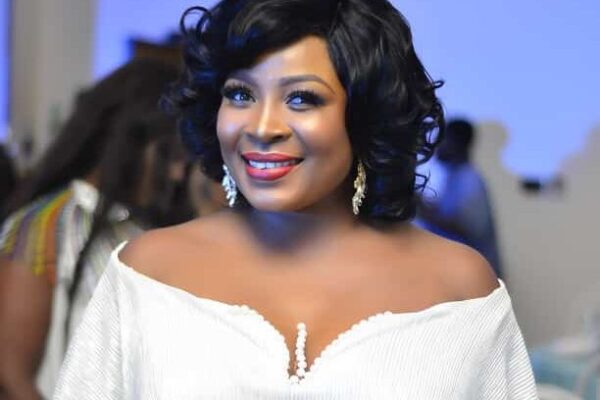 Ghanaian actress and TV show host, Gloria Sarfo has been smacked on social media by one of her followers who thinks that she must get married to make her achievements complete.

The follower identified as Lamin Adan on Instagram said that Gloria Sarfo does not qualify to be named woman of the year as she is still single and thus cannot be viewed as a complete woman. 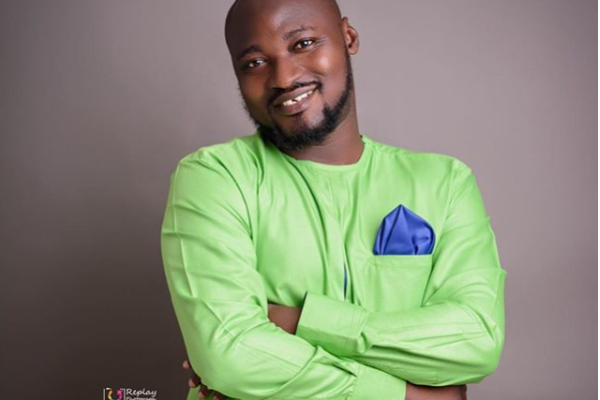 The self-acclaimed Children’s President and Comedian, Funny Face, appears to have fallen in love again after he suffered two marriage breakages.

Funny Face has had bitter experiences with women in his past relationships which allegedly affected his mental and had to be admitted to a mental hospital for treatment.

However, in a recent video spotted on Instagram, Funny face was seen having fun with a lady which one could easily tell that there is some kind of relationship between them as Funny Face kissed the lady on the cheek. 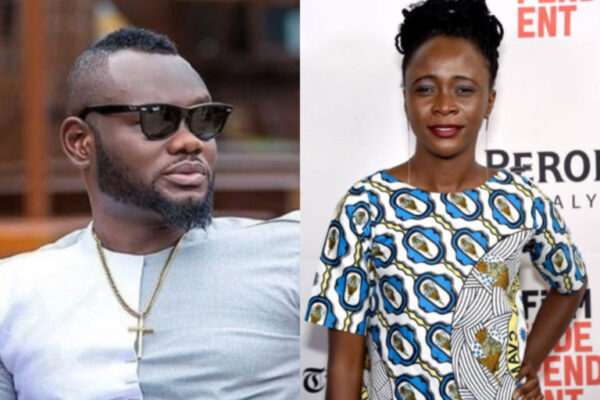 Ghanaian actor, Prince David Osei, lost his cool after a fan reminded him of the consequence he is likely to face should he continue demonstrating against homosexuality in Ghana.

Prince David Osei who has been very vociferous in the campaign against the LGBT+ community in the country vehemently supported the Speaker of Parliament, Alban Bagbin who assured Ghanaians that same s£x marriage will not be accepted in Ghana.

He wrote: “Proud of this Ghana 🇬🇭🇬🇭❤️❤️❤️.. 1 Voice In the beginning God created Adam and Eve not Steve and Steve!! “No one is denying one’s humanity if you Gay. But we are not supposed to pretend that men are women and women are men”. Against this background, a fan notified him that his counterpart and filmmaker, Leila Djansi is one of the few Ghanaians who has been championing the rights of the LGBTQ+ in Ghana hence it’s likely she will stop casting him in her movies.

Prince angrily shot back saying Leila is no God so literally, he doesn’t give a fuck about her.

The General Overseer of Perez Chapel, Bishop Charles Agyin-Asare, has anointed Member of Parliament for Ningo-Prampram constituency, Sam Nartey George, to win the fight against homosexuality in Ghana.

Honorable Sam Nartey George was sighted in a video posted on Facebook kneeling down on the pulpit while Bishop Charles Agyin-Asare lay hands on him and declared victory on his behalf.

In the video, he said;

“Father, we commit your son into your hands. We pray that Lord, for this battle, you will bring a new anointing upon him and great grace. We say no weapon fashioned against him shall prosper.

“We say when they gather against him, let it not be of you. When they come one way, let them scatter seven ways. Give him insight, give him utterance. Protect him protect his family by the power of the Holy Ghost. Protect his going out and coming in.

“Vehicles he will ride, people he will meet, water he will drink, food that he will eat; everything, protect him in the name of Jesus. And we pray that your name alone shall be exalted and glorified in Jesus’ name we call it done. Give the Lord praise Hallelujah”, Bishop Agin-Asare prayed.