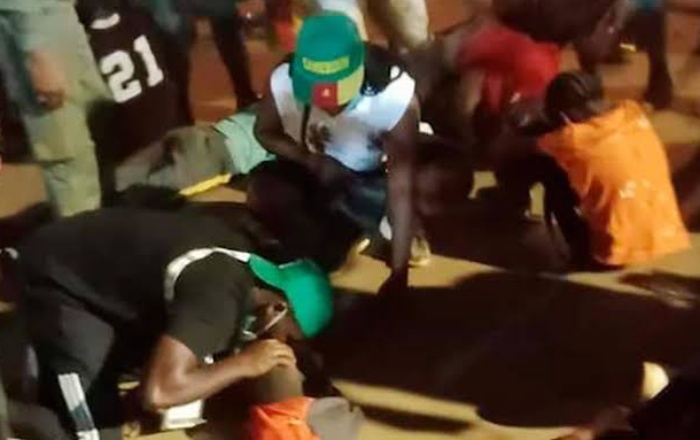 A crush outside a Cameroon stadium where the host nation qualified for the Africa Cup of Nations (AFCON) quarter-finals on Monday left at least eight people dead and more than 35 injured, according to the Central African nation’s national broadcaster.

While the stadium’s capacity of 60,000 was limited to 60 percent because of the coronavirus, the cap is 80 percent for matches involving the national team.

“Eight deaths were recorded, two women in their 30s, four men in their 30s, one child, one body taken away by the family,” said a preliminary health ministry report obtained by AFP on Tuesday.

Communications Minister Rene Emmanuel Sadi said that 38 people were injured in the crush, including seven seriously, according to a statement.

The Confederation of African Football, which runs the continent’s flagship competition, said it was “investigating the situation and trying to get more details on what transpired”.

Following a low turnout in the first round games at brand new stadiums built for the continent’s premier men’s soccer tournament, Cameroon authorities have thrown open stadium gates, organized mass transport, and given out free tickets to lure fans.

Previous ArticleI NEVER BELIEVED IN LOVE UNTIL I MET YOU – Kyeiwaa Showers Encomium On HusbandNext ArticleWHEN YOU MEET SOLID PEOPLE YOU WANT TO KEEP FOREVER, DON’T GET $3XUAL WITH THEM – Yvonne Nelson Warns