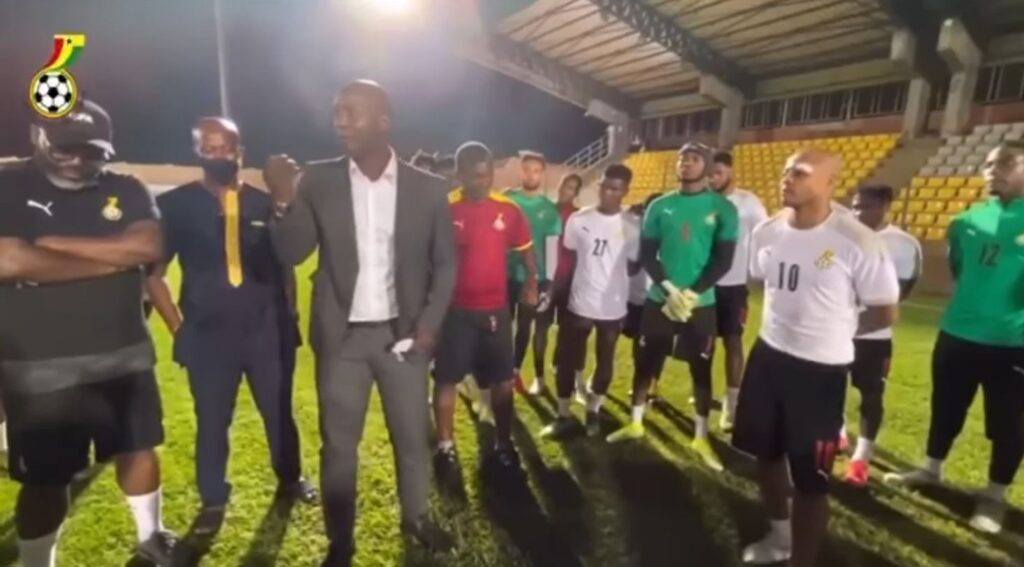 Following the defeat in their AFCON 2022 campaign against Morocco, the Black Stars players are somehow down and the energy has dwindled in camp.

However, legendary football player and executive, Tony Baffoe, an ex-player of the Black Star yesterday stormed the camp at their training grounds and issued some instructions to them before motivating them.

He particularly pointed out Thomas Partey charging that they cannot have a bad day today and there’s nothing like ‘Do or Die’ as the popular quote states but rather ‘Do or Do’.

The players after listening to him are now in high spirit heading into today’s game against Gabon who will be counting on their star player, Pierre-Emerick Aubameyang to fire them into victory.