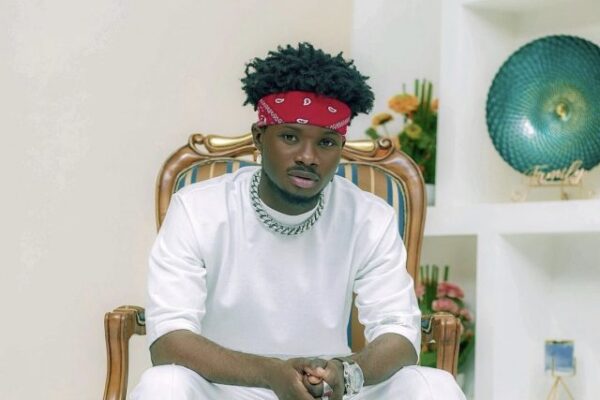 In the quest to promote his new song ‘Take Away’, Kuami Eugene has hit back at his critics who constantly talk about his fashion sense.

Kuami Eugene claimed in an interview with Abeiku Aggrey Santana on Okay FM’s Ekwansodwodwo that most people have already labeled him as the worst dressed celebrity and that they criticize anything he wears to events.

He stated that people do not have a problem with him when he slays in winter jackets and expensive clothes in other countries but would find fault in what he wears in his own country.

However, he stated that his critics do not feed him because he makes his own decisions about how to live his life and dress for occasions.

MP for Assin Central Ken Agyapong has shown that NPP gurus are sharing land owned by the government.

On The Seat, a show on Net 2 TV hosted by Justice Kweku Annan, Hon. Ken Agyapong said that NPP gurus are sharing government land among themselves.

The firebrand member of parliament says that Ghana Lands Commission Chairman Stephen Ntim and one Alhaji are in charge of the group that steals government land.

He said that the same Stephen Ntim sold him a piece of land and then told him it belonged to CSIR.

Ken Agyapong says that Stephen Ntim scammed him out of his hard-earned money and stole government land. 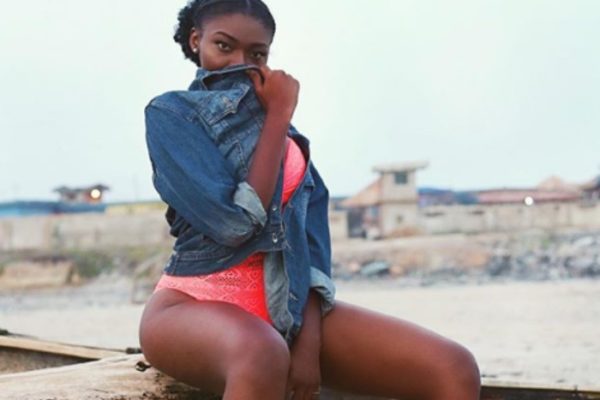 Sensational singer, S3fa has said she does not condone men who try to take advantage of her in the name of offering any form of help to her.

Obviously aware of the sexual harassment pervading the industry, the first lady of D-Black’s Black Avenue Muzik said she does cheapen herself to that extent where a man would trade sekz for a favour.

She told Amansan Krakye on Kastle FM that she is in the industry to do good music and because she’s very ambitious, there’s no room for such inconveniences in her life.

“I’m just a hardworking person not too concentrated on what this person is saying okay you’re beautiful so I want to sleep with you and other things.”

“I don’t entertain such things because I’m just here to put out good music and let people in Ghana and beyond enjoy good music that’s all.”

She continued, “I’m a very ambitious woman who is eager to showcase my talent and I feel that if you want to help me, help me because of my talent.

“If you want to help me because of my body then that can fade, a lot of things can fade about me and you might change your mind.” Part of Accra-Tema Beach Road has caved in after Monday night rains that misplaced many properties and lives.

A section of the Tema-beach road in a video shared by Joy FM on Twitter sees it caved in making it not accessible by vehicles.

Parts of Accra have been submerged for the second time in four days and following midnight’s downpour, the Tema-Beach road experience its fair share of trouble in decades.

Residents who ply the road for all their daily activities are left in shock as they have to wait for the government to repair the part of the road that has caved in.

See the video below; One of the suspects in the infamous Dansoman daylight robbery has had his picture published by the Ghana Police after he was arrested.

The Ghana Police Service on early Tuesday morning confirmed the arrest of one of the thieves who robbed a citizen in broad daylight at the Dansoman Exhibition.

In the video that gained much traction on social media, the two young men on the motorbike moved past the woman identified as Madam Bernice but they turned around in front of the gate at her family’s house and attacked her making away with her handbag. The Ghana Police Service has confirmed that they have caught one of the thieves who robbed a citizen in broad daylight on Monday.

At the Dansoman exhibition, two thieves on a motorbike attacked and stole from a woman in broad daylight.

One of the thieves has been caught after an operation by a special gang-busting unit of the Ghana Police Service.

In a short statement, the police say that the officers in charge of the case are looking for the other robbery suspect so that he or she can face the full force of the law.

“A special anti-robbery squad has carried out an intelligence-led operation, in which a robbery suspect was arrested while one other is currently being pursued for a daylight street robbery at Dansoman,” parts of the Police statement said.

It adds, “We want to assure the public that we shall get the other suspect to face justice.” 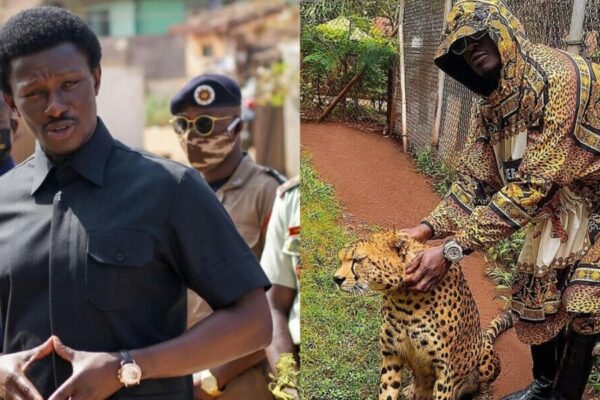 Ghanaian business tycoon, Freedom Jacob Caesar has revealed how much it cost him to bring two 7months old tigers to Ghana.

Speaking in a recent interview on TV3, Freedom explained that he bought the wild animals after winning a bid between Ghana and Dubai.

He added that it cost him over 100k cedis to buy the animals. It also cost him extra money to bring in an expert from abroad to tame the animals and prevent them from harming people.

” I don’t plan to harm anyone with these animals. They are both 7months old and they have been with me for 6months now. I wanted to increase our tourist attraction sites. I am in discussions with the tourism minister to mitigate a deal in bringing more of these animals to our tourist sites.” He reiterated.

Freedom further bemoaned that he wants Ghana to be the first country in West Africa and East Africa to possess such rare animals. 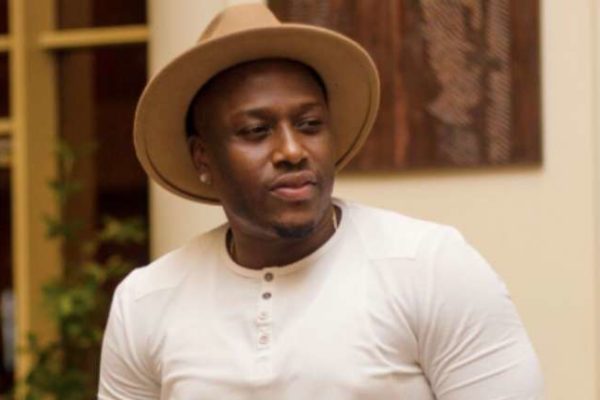 Former member of the defunct 4×4 music trio, Russel Edem Avornyo, affectionately known as Coded 4X4 has revealed why the group went their separate ways in a fresh interview.

The rapper and ragga specialist said the bar Shatta Wale set at a point in time back in the days caused panic in their camp.

He stated that Wale was releasing back to back hit songs and was getting all the attention. Coded further added that to keep up with the competition the SM boss subtly offered, they decided to split so they can produce individual projects.

He said the idea was for them to release hit songs individually but still sustain the core relevance of the group and reunite later.

“That was the era that a lot of singles were coming from Shatta Wale. That was the season he was releasing countless records. Shatta Wale will release a song today and in a maximum of two weeks, he is out with another song”, he said on Class TV (CTV).

4×4 is a Ghanaian hip hop musical group formed in 2000 by Captain Planet and Coded, formerly Abortion with the help of Ronnie Coches and Bright Bling Sparkles. 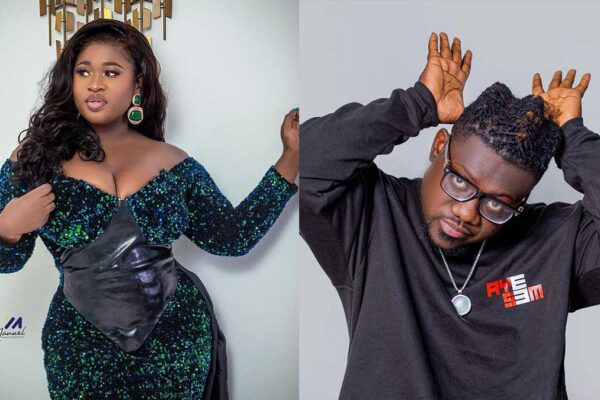 Ghanaian musician, Ayesem has lamented following Sista Afia’s ungratefulness after writing all her hit songs including the rap diss song that was directed at Eno Barony.

In all these, he has never received any accolade from the singer for his effort and all these dawned on him when he decided to give her another song.

Actress, Gloria Sarfo, says the trajectory of her family nosedived when her father went for a peacekeeping mission in Liberia.

According to her, she grew up in a very happy family but things turned sour when her father, a soldier, went for that mission.

“We had a good time growing up as kids but it got to a point my father went for the very first Liberian war. That was very tough moment for us because we heard a lot of things happening over there… Their time was prolonged and almost everybody who had a father there always lived in fear.”

The First Liberian Civil War was an internal conflict in Liberia from 1989 until 1997. The conflict killed around 200,000 people and eventually led to the involvement of the Economic Community of West African States and of the United Nations (ECOWAS).

She pointed out that, although her father returned unhurt, “the very first night he arrived, he got hurt. The fridge door hit his leg. It was a huge pain; it was serious. We were just surprised. He was hospitalized.”

This situation, she indicated, will sow the seeds for the divorce of her parents.

“From there, things became a bit tough. Going to school was a problem. We were six, we had other family members with us so it was really tough. It got to a point there was nobody to turn to.”

According to her, the timing of the split almost caused her to fall for the numerous temptations that could have destroyed her as a young and beautiful lady.

In an interview with Stacy Amoateng on Restoration, Gloria said “they divorced at a time when my father was almost retiring. He said he was going to build in his village.

“I had started appearing on TV. It was really tough. If I were stubborn at the time, I’d have been worse because as a woman, I was mushrooming. There were so many temptations that came my way but I just had to be tough.”

Describing her father as a disciplinarian, Gloria commended her mother’s sacrifices for their family and most of all her ability to “tolerate whatever she was going through.”

She disclosed that her mother once vowed to stay in her “tough” marriage “until the last born is of age… Our last born was about 16 years before my mother left the marriage.”

In the face of this, she indicated that because of her forcefulness she was able to take care of her family in that difficult period.

“But I used to do a lot of things. Anything I could find my hands on, I tried to do it. At that time, I had started doing voiceover so whatever I made from it had to come home. When I’m called for a gig, I already have a budget because I had a family to feed. I took care of the family for quite a number of years.”